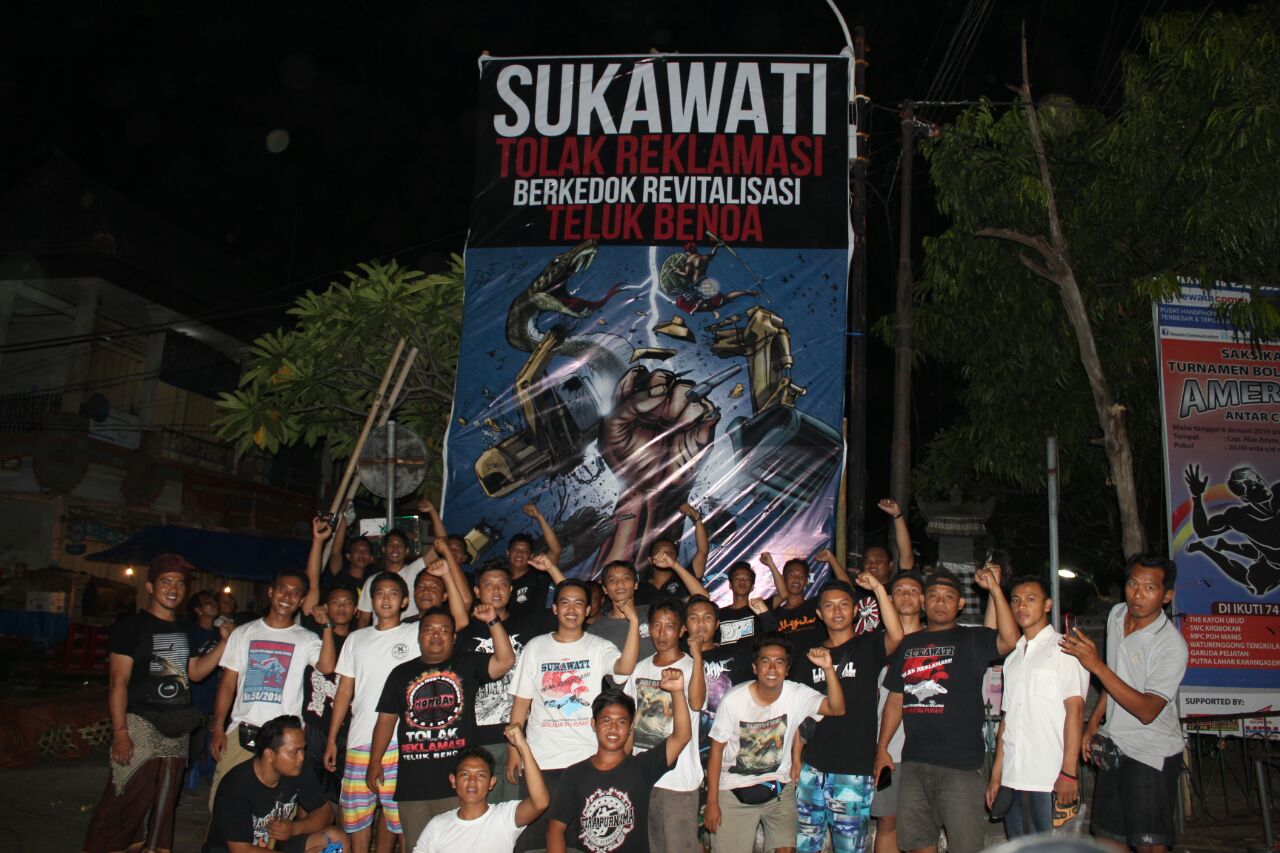 The anti-reclamation of Teluk Benoa movement rages on in Legian Village, with this time the youth group of Wija Adnya, Banjar Pekandelan Legian, following suite by installing banners and other attributes on Sunday (04/06).

They installed billboards and flags around the main street of Legian – Kuta, voicing their opposition against the reclamation of Teluk Benoa. The process was accompanied by traditional music courtesy of Bali’s bleganjur gamelan—attracting passing tourists along the way.

The installation of billboards and flags was initiated by the organization called SOLID (Solidaritas Legian Peduli) along with the youth group Manggala Wijaya that oversees three youth groups in Legian Village. A.A. Putu Oka Hartawan, SOLID’s coordinator, remarked that these banners are proof of the commitment made by Legian’s residents to continuously oppose the reclamation plan after a similar undertaking was previously conducted by youth group Jaya Dharma from Banjar Legian Kelod. “This is our way,” said Hartawan, as quoted by Bali Post. “This is the way of the people of Legian to keep the momentum going in this long battle.”

Meanwhile, I Wayan Candra Adi Putra, head of Wija Adnya, said that his group will continue to voice their opposition at every opportunity they get, especially since Legian is one of the main tourist areas in Bali. He also advises all of the young people in other areas to keep the spirit high and to become a vehicle of change. “The youth in Legian are ready to lead the struggle, under the command of the leaders of the Village and ForBali,” he said.