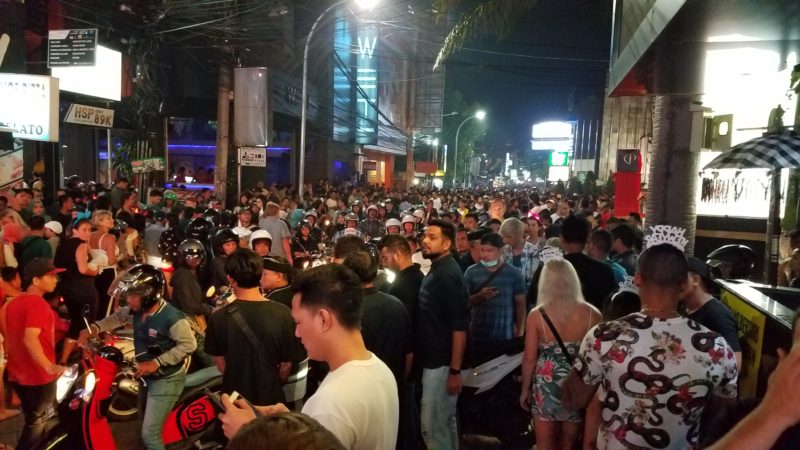 Domestic and foreign tourists flocked into Kuta and Seminyak on New Year’s Eve, Sunday night, to watch music shows, fireworks and participate in the countdown. The weather also changed for the better after days of rain at night to be clear for most of the evening.

The cafes all around Kuta and Seminyak had live and DJ shows performing all kinds of rock and electronic music and the whole beach line from north to south was packed.

A novel act amongst them all was the live band at Beach Walk, named Dewi Zebra group, whose members are all police women.

“Bali is safe to be visited,” he said to republika.co.id.


Meanwhile, the sparkling 2018 New Year’s Eve celebrations impacted the trash situation on Monday. At least nine tons of rubbish was collected by the officers of Badung Cleaning and Environment Department (DLHK).

Most of the trash was on Kuta, Seminyak and Legian beaches.  “The trash on New Year’s Eve at Kuta Beach was about nine tons or three trucks. The trash at Seminyak Beach was about three tons, and more on Legian Beach,” the Coordinator of DLHK Badung Fast Reaction, Dwipayana, said to tribunnews.com.

He said that the garbage at Kuta Beach was dominated by fireworks and trumpet leftovers. Besides that, there was the usual plastic trash and tree branches spread all over the beach. DLHK Badung mobilized 700 personnel to collect the rubbish. “There were 700 personnel spread on every beach or zone and Kuta and Seminyak beaches are already clean,” he said. 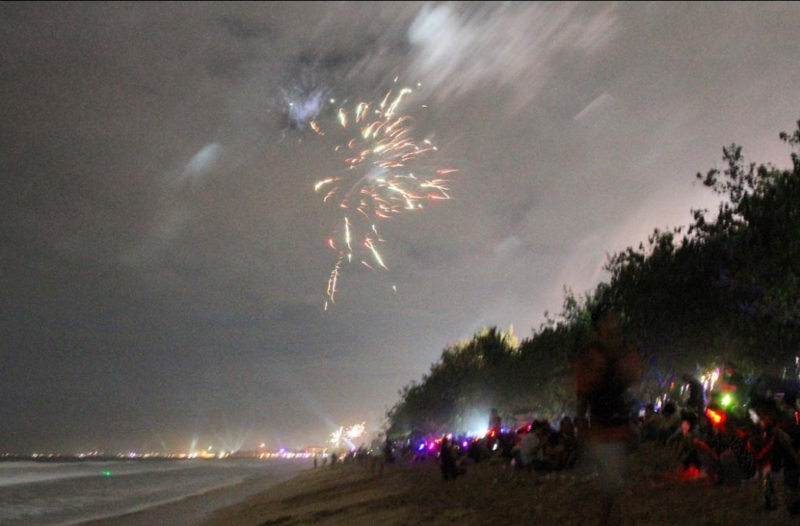