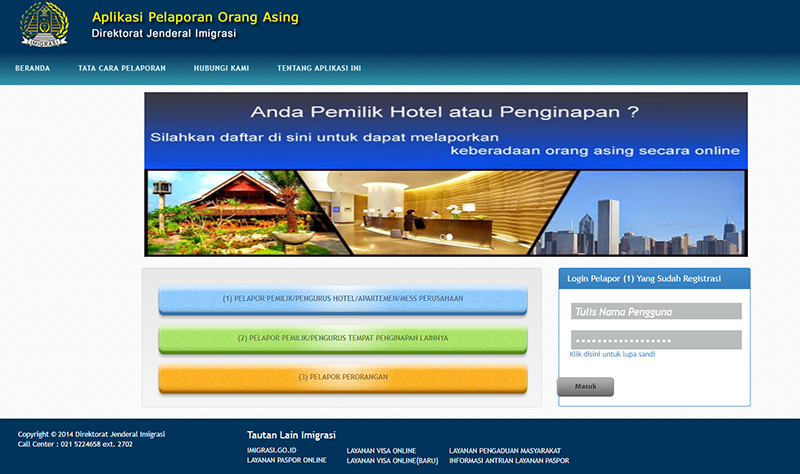 In their continuing bid to get everything on-line, the Immigration Office has launched a smartphone-based, next generation foreigner monitoring application (APOA).

The app is only available at Ngurah Rai Immigration at the moment. The Head of Immigration Information Section, Putu Astina Purwanti, said that the department of immigration developed the APOA based on many suggestions to facilitate the report process of foreigners to immigration.

The Immigration department began to socialise the new application yesterday at a meeting at the airport immigration office.

“We have received many suggestions from the people in the hotel world to make the reporting easier. We already have the complaint mechanism, but in the form of a website. That’s why we developed the smartphone APOA using MRZ auto capture. We just need to capture the passport when the hotel checks foreigners in and checks them out again,” Astina said to nusabali.com.

Astina said that the application can be used by all hotels and accommodations from homestays to 5 star hotels, and also private residences.  “We have already been socializing this program recently through coordinated meetings with people on all levels in all districts and villages,” she said.

Meanwhile, the Head of Immigration Monitoring and Action, Patar Simanjuntak, said that the meeting yesterday was a form of socialisation to foreigner monitoring related parties. He said that the attendees at the meeting were police, Bali Provincial Government, Manpower, media and the other authorities.