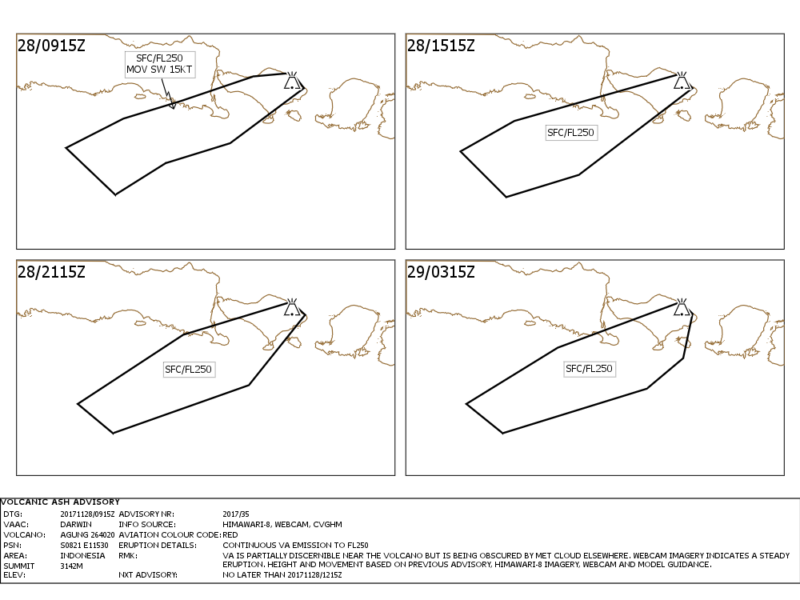 Ngurah Rai International Airport’s closure was extended until Wednesday 7am.

It was reported in Balipost that BMKG predictions showed that the wind will be blowing today from a north to northeast direction at 5-10 kts speed. SIGMET information from Ujung Pandang MWO showed that volcanic ashes moved in a south/southwest direction and covered air space above Ngurah Rai International Airport.

Paper tests that were performed by the airport operator and department of aviation showed a zero volcanic ash result (which is good for people down south here at least. Ed). However, the Denpasar branch of Indonesian Airnav reports that according to data from the Ash Cloud Advisory Centre airplane traffic paths are covered with volcanic ash.

(We need that cyclone south of Java to get moving south ASAP. Ed)