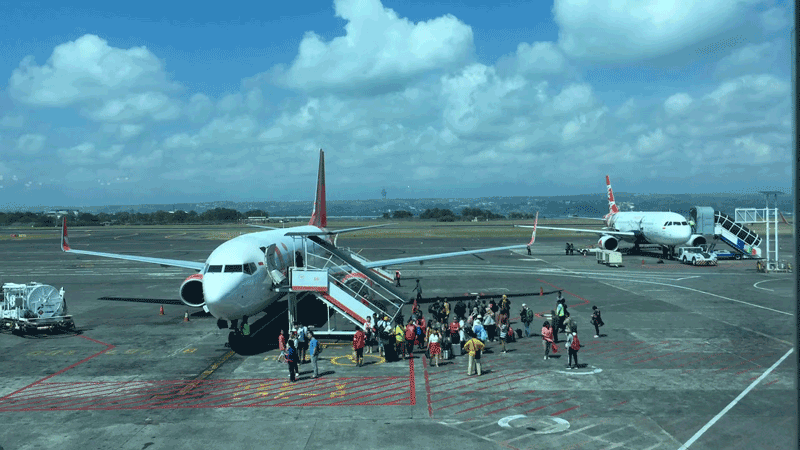 Angkasa Pura (AP) I plans to construct a new Rapid Exit Taxiway (RETW) at I Gusti Ngurah Rai International Airport to help increase foreign tourist arrivals. By constructing a new RETW, they hoped plane movements could be increased from 30 per hour to 35 movements per hour. The airport only has two RETWs at the moment but are inadequate for large aircraft.

The Head of I Gusti Ngurah Rai International Airport Communication and Legal Section, Arie Ahsanurrohim, said that they need help from everyone to increase tourist visits to Bali and develop the facilities in the airport, including from partners, stakeholders and the regional government. He said that with the addition of more apron and 400 metres of runway on the western side of the airport, they will also developed the new RETW, which is targeted to be completed by the end of the year.

“We will continue to add facilities in the airport, and one of those is constructing a new rapid exit taxiway to increase the runway capacity,” Arie Ahsanurrohim said to nusabali.com on Sunday.


“The RETW will hasten the plane’s exit from the runway. If they can exit sooner, then the other planes could take off sooner. We hope it would happen soon. We still discuss the steps and the numbers, because there will be several adjustments,” he added. Arie explained that the existing two RETWs were constructed before the present big size plane era.

“We can only have 30 plane movements per hour at the moment. We hope to increase this to 35 movements by constructing this new RETW, which will follow on to help increase tourist visits to the island,” he concluded.