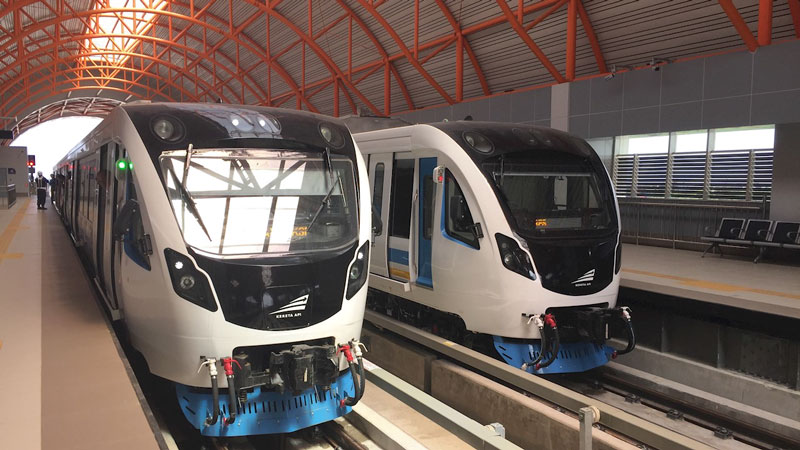 The Indonesian government has given the green light to a Light Rail Transit (LRT) train project that will be constructed from Kuta to I Gusti Ngurah Rai Airport, Bali.  The project, which is a joint venture from PT Ninda Karya (Persero) with the Korean Overseas Infrastructure & Urban Development Corporation (KIND) and the Korean Rail Network Authority (KRNA) was approved by Foreign Investment Coordination Board (BKPM).

The new airport LRT will have a length of 4.78 km and with it airport users can easily access Ngurah Rai Airport and the Jineng satellite terminal at Kuta.

BKPM Investment Planning Deputy, Ikmal Lukman hoped that the construction of the LRT will also reduce traffic jams around the airport. “The LRT can become an alternative mode of transportation to the airport that will reduce traffic jams around the airport,” Ikmal said through an official statement to kompas.com on Wednesday. Ikmal added that the new airport LRT will also stop at four stations between Jineng satellite terminal and I Gusti Ngurah Rai Airport and that the project will need 1.5-2 years to complete, with an investment of around Rp 5 trillion.


Meanwhile, the Head of the Bali Transportation Agency, Samsi Gunarta said the plan was now in the feasibility study stage and according to him, the project will start in mid-2020.

According to Samsi, there will be both underground and over ground sections of this railway. For areas where land acquisition is difficult it will likely be built underground. “Although underground will obviously be much more expensive to construct,” he said.

“The LRT is part of the master plan of the national and regional train network,” said Samsi, when contacted by Kompas on Wednesday (1/22/2020) afternoon.

The first step is the route from I Gusti Ngurah Rai Airport to Jineng, Badung.

In the long term, the LRT is planned to connect as far as Singapadu and Ubud, totaling 30 kilometers.