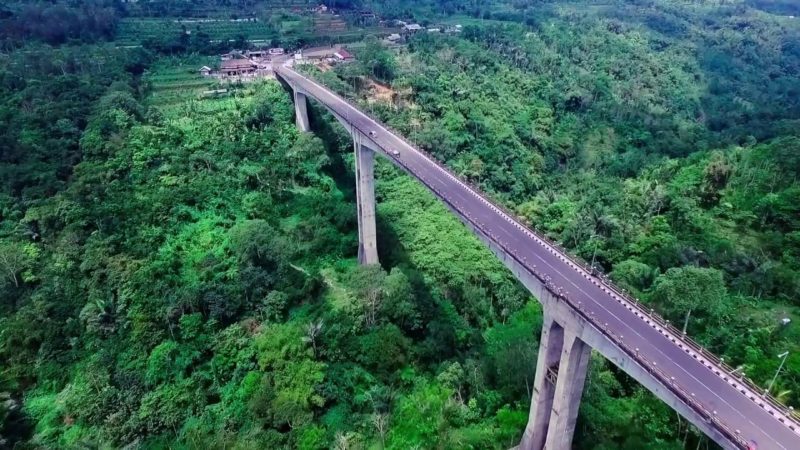 Well, as if there weren’t enough tourism infrastructure plans afoot, here’s the next. A four kilometer cable car ride in the hills of Plaga.

The development of this new tourism facility is now being seriously studied by the government. While the expense would be great, the government hopes with the construction of this cable car tourists will increasingly head to the North Badung region, boosting tourist levels in the area.

The Head of the Badung Tourism Office, I Made Badra, said the location of the cable car is planned to be in Plaga Village, Petang District. “It’s planned the cable car will run from Tukad Bangkung Bridge to Nungnung Waterfall with a length of 4 km, so back and forth 8 km,” he said on Sunday (20/11).

With a round trip of approximately one hour, the tourists can enjoy the natural scenery and greenery below. “So tourists will be presented with the natural scenery of Bali,” said Badra again. In addition to the cable car, the government also plans to build a number of supporting rides.


Regarding to all this, he said, there is a discussion of the spatial zoning changes with the Ministry of Public Works (PUPR). Because now Badung region has zoning limitations. For this project to go ahead, there must be a change of spatial zoning.

“After the feasibility study is out, we will know how much the budget will be to build this infrastructure. What is clear, the cost well be adjusted to the budget of the Badung government,” he said.