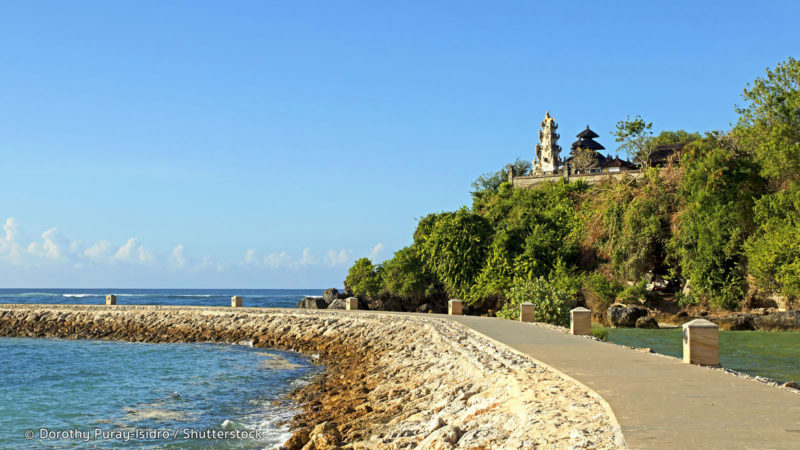 The government sanctioned The Mulia Resort and Villas Nusa Dua, Bali yesterday for inadequately disposing of liquid waste into the local environmental.

Head of the Badung Environmental and Hygiene Agency (LHK), I Putu Eka Merthawan, confirmed to NusaBali on Wednesday (11/7) that his department had imposed the sanctions, which were in the form of a Badung Regent Decree and were submitted on Wednesday.

Head of DLHK Badung, I Putu Eka Merthawan, told Jawa Pos last week that the findings originated from public reports related to the disposal of waste carried out by The Mulia Resort and Villas. Receiving the complaints, the DLHK Complaints Handling Team checked the situation. The results found a number of facts, including waste water flowing into the environmental caused by the pump in the Sewage Treatment Plant (STP) system being off.

“The sludge pump that has to transfer the storage sludge was turned off, so the overflow was channeled directly into the environment and river,” he said.

According to Merthawan, the chief engineer of The Mulia Bali told the DLHK that the majority of the waste water was coming from the Brackish Water Reverse Osmosis (BWRO) system. The Mulia operates using underground water treated with the BWRO system; 60 percent is used as clean water, and the remaining 40 percent is disposed of as residual. Waste water from the BWRO system was then dumped directly into the river which empties into the sea.

Apart from that, related to the waste water flowing into the environment, its handling must be carried out immediately. According to him it was an order of law.

Another sanction, continued Merthawan, was that the Mulia Bali must perform a Bendu Piduka ceremony because the foul-smelling liquid waste that came from the hotel flowed into the sea through Tukad Penataran. The river empties close to the Geger Dalem Pemutih Pura. This sanction is a form of ceremonial responsibility towards nature.

“The plan is tomorrow (today) we will monitor and evaluate the administration of the sanctions. Even though they said they had fulfilled all orders, we will immediately check it again tomorrow (today),” said Merthawan.

Meanwhile, the General Affair Manager of Mulia Bali, Agung Ngurah Raharja said that he accepted all government decisions. He admitted that the problem of waste flowing into the environmental was due to negligence of the hotel. “We accept whatever the decision is because it came from our negligence.

“The issue occurred due to a broken pump engine causing liquid waste to overflow,” said Agung.

He admitted that when he first learned of the damage to the pump, maintenance repairs had already begun.

“In addition to administrative sanctions, we are also ready to carry out the Bendu Piduka ceremony at Geger Temple,” he said.