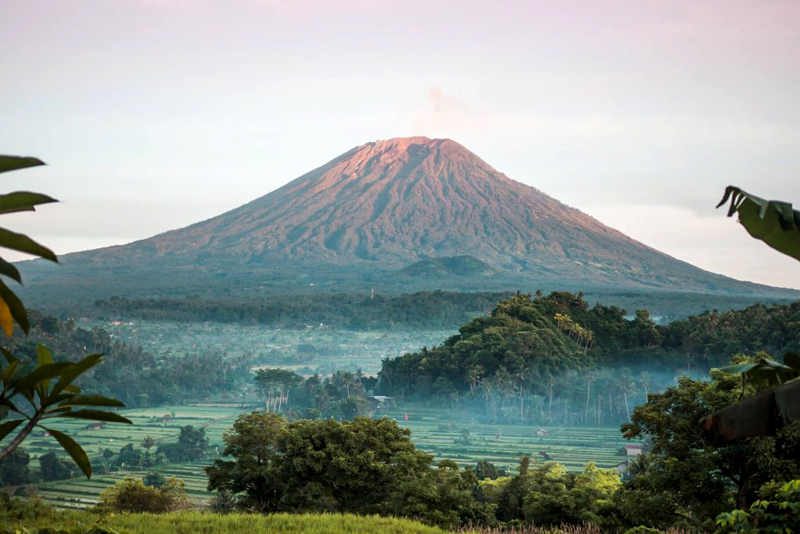 The alert status of Bali’s Mount Agung has been downgraded from Level III to Level Il. The change was made on Thursday (07/16) at 3pm.

“Based on the analysis of visual and instrumental observational data, the status of Mount Agung has been lowered to Level II (Alert),” said the Head of the PVMBG, Kasbani in a video release on Thursday (07/16).

Visually, during the period January 1 to 16 July, 2020, white crater smoke with a thin intensity at a height from 20 – 150 meters above the summit had been observed at the volcano.

Mount Agung last experienced an eruption on June 13, 2019 at 1.38am. “It has been observed that there is a significant decrease in crater surface activity,” Kasbani said.

It was also noted that the Mount Agung deformation data over the past year is showing a deflation pattern. For the last few months the pattern also tended to be stable indicating a decline in the accumulation of magma pressure.

From the analysis and modeling of monitoring data, Kasbani said, Mount Agung still had the potential to experience an eruption. “There is still potential for an eruption, but it is estimated that it would be localized around the peak area with a maximum hazard radius of up to 2 kms from the summit,” he said.

For communities surrounding, and climbers and visitors of Mount Agung it is recommended not to be located, climb, or do any activity in the hazard forecast zone within 2kms from the summit. Hazard estimation zones will continue to be monitored and may change from time to time following the latest data developments.

People who are active and live around the rivers flowing from Mount Agung are advised to be aware of the potential threat of secondary lava flows that can still occur.

The status and recommendations concerning Gunung Agung can be monitored through the MAGMA Indonesia application which can be downloaded on Google Play, or accessed through the website https://magma.esdm.go.id.