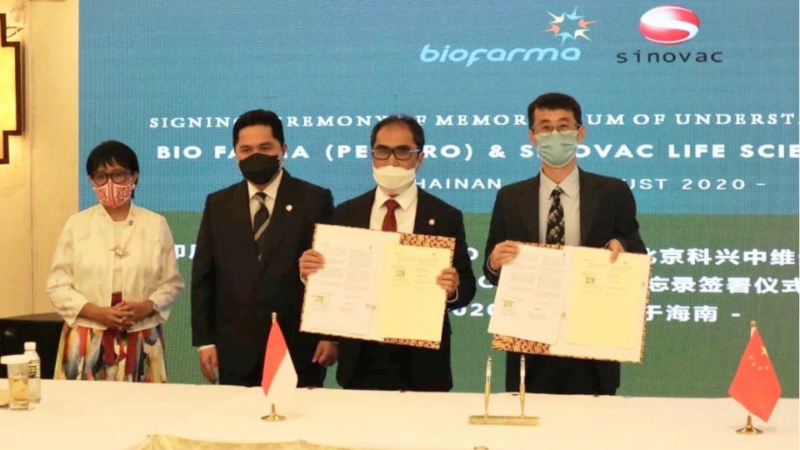 The purchasing system is currently under development but the company plans to apply a pre-order method of purchase for people who want to administer the vaccine independently.

“Currently, Bio Farma is still developing the pre-order system and until now, there have been no provisions or technical arrangements from the government regarding this matter, and most importantly, the implementation of the vaccination itself is still waiting for permission from POM,” said a spokesman for Bio Farma, Bambang Heriyanto yesterday. Bambang continued, the government is still finalizing the Covid-19 vaccination scheme for both government assisted and independent needs.

The first batch of the Covid-19 vaccine arrived in Jakarta on December 6, 2020, and attracted great fanfare from the media and public.

Currently, while the vaccine is still being evaluated by the POM Agency, the government is preparing the implementation of the Covid-19 vaccination.

Regarding the provision of Covid-19 vaccination services such as clinical hospitals and other health facilities, continued Bambang, registration and verification processes are still being carried out, for the independent route, through official channels.

Meanwhile, Director of Bio Farma Honesti Basyir said that there were three million full doses of the Covid-19 vaccine intended for health workers at the frontline, according to the recommendations and studies of the Indonesian Technical Advisory Group on Immunization (ITAGI).

Bio Farma have ordered three million full doses of the Covid-19 vaccine from Sinovac, China, which have been divided into two shipments. The initial shipment of 1.2 million doses is going through a series of tests carried out at Bio Farma. Seven special envirotrainers (refrigerated containers) will be used to transport the vaccines. “Vaccines for health workers, of course, will be administered after an Emergency Use Authorization (EUA) is issued by the Food and Drug Administration (Badan POM),” said Honesti.

The second shipment of full vaccines is scheduled to arrive in January, 2021.

In addition, Coordinating Minister for Economic Affairs Airlangga Hartarto said over the weekend that during this month Indonesia will also receive 15 million doses of vaccine in the form of raw or bulk materials. The vaccine will then be prepared by Bio Farma for use around the nation.