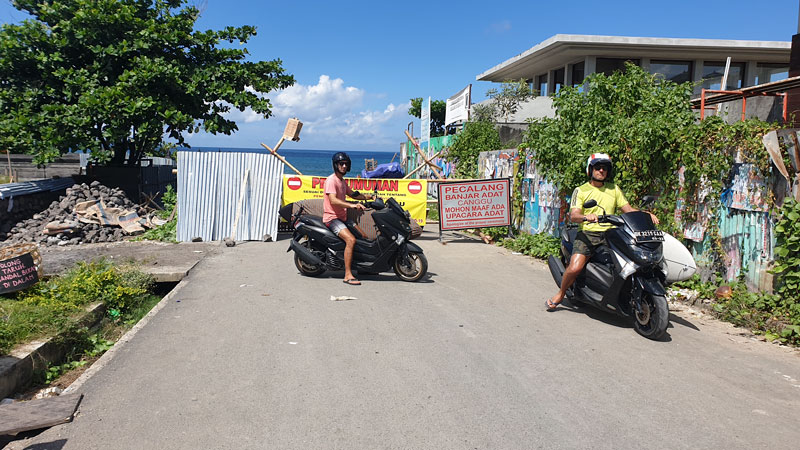 The Badung government continues closing places where large groups gather and this time it was the Canggu beaches.

After Kuta beach was closed a few days ago, all access to the beaches through ​​Canggu, (Echo Beach), Tibubeneng (Berawa) have now been blocked to the public.

Authorities say that the beaches were closed because they became worried about the number of people gathering on them and especially around sunset.

“All accesses to the beaches were closed this morning by the Covid-19 Task Force consisting of village officials, sub-district heads, TNI and police,” he said earlier today.

“We ask the public to take note. The preventative measures taken by each village task force is for the mutual safety of all,” he said.

Besides the access points being barricaded several village officials and the Covid-19 Task Force members were guarding the entrances.

“In addition to closing the beaches we have also sprayed disinfectants in cooperation with the related agencies,” he said.