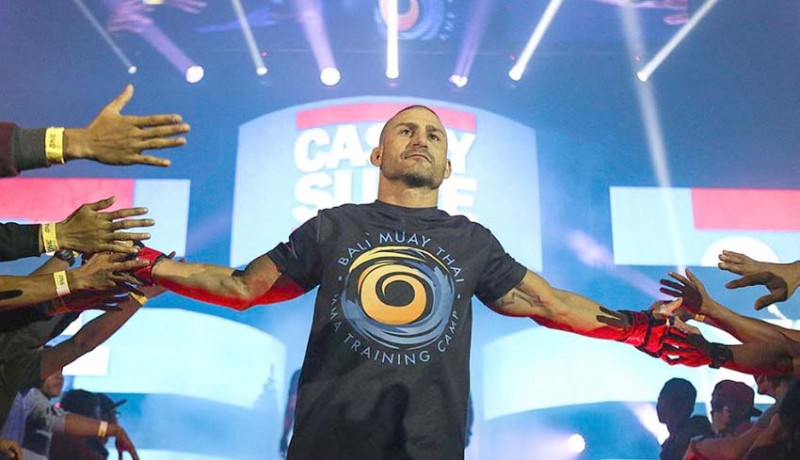 A U.S. citizen, claimed to be an MMA (Mixed Martial Arts) wrestler named Casey Suire (38) was found dead at Jalan Batu Bolong, Desa Canggu, North Kuta, on Sunday (05/02), around 4am. The cause of death was injuries inflicted from a road accident.

The victim was found in a ditch in front of Oka’s Bakery and Café by one of the store’s employees around 6am. It was suspected that the U.S. citizen was intoxicated while he was driving his motorcycle.

The witness says he was surprised to find a black Honda Vario Techno 150 without a license plate lying on an empty patch of land in front of his office. Seeing the damaged condition of the motorcycle, he immediately reported it to his superior. Local security officers (called Babinsa) went to check the location and discovered CS lying in the ditch with his body submerged in water.

After close examination, they found a wound at the back of his head. “Yes we suspect that the victim died because of the serious head wound caused by his head slamming hard to the wall of the ditch,” says a spokesman from Babinsa.

The police soon came and after inspecting the scene and questioning witnesses it was discovered that the victim, who stayed at Villa Undagi Uma Dwi in Canggu, was driving from the South to the North, but then lost control of his motorbike. “We suspect that the victim was driving fast and when he got here he couldn’t control the motorcycle making a sharp left turn, causing him to be thrown into the ditch and his motorcycle winding up about 2 meters away.”

North Kuta Police spokesman, Putu Ika Praba, said that he couldn’t confirm yet whether the man was a MMA wrestler or not. “The case is being handled by Badung’s Traffic Police,” he said. But as it turns out, there were several messages on Casey Suire’s Facebook page conveying people’s condolences on his death, and there are photos on the page indicating that the man was indeed an MMA wrestler. It’s yet to be known whether he was here on vacation or for training.