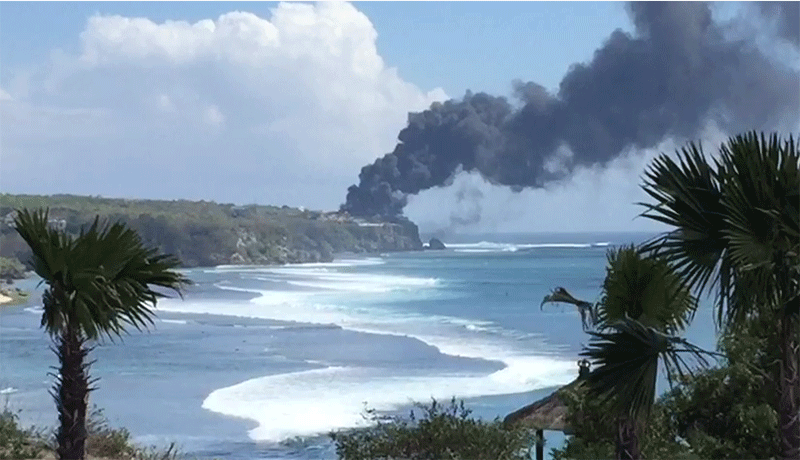 A fire started at approximately 1pm this afternoon on the cliffs of Uluwatu. The spectacular blaze started and affected the area of Ocean 1 Villas and Wedding Venue, Blue Point Villas to the south of Ulu Cliffhouse, right on the edge of the cliff.

The fire quickly raged out of control, leaving a black stain of smoke heading out to sea for kilometers.

Videos began circulating quickly with visions of smoke, and claims of where it was happening, blasting all over cyber space. A number of establishments were mentioned and it was difficult to find out exactly where the fire was blazing.


ST tracked down the people at Ulu Cliffhouse to confirm that the fire wasn’t at that venue and according to reports from staff the fire started right next door, which apparently is a wedding chapel venue and villas. 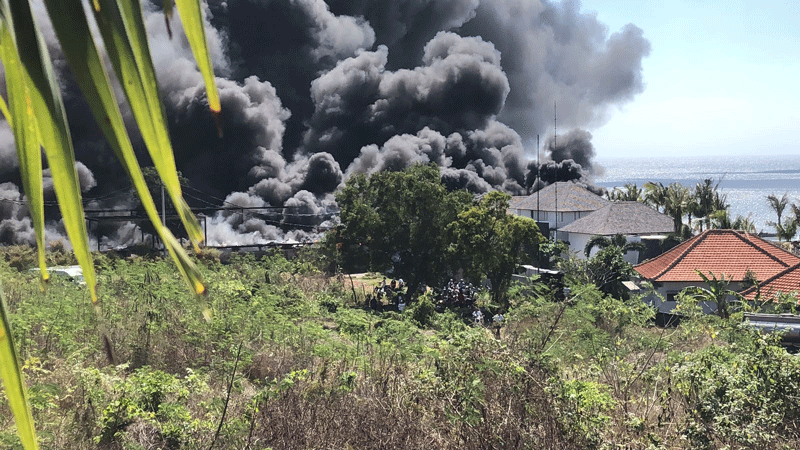 Fire trucks are still in the vicinity and working hard to get the blaze under control, which according to witnesses and the live footage from Bali Belly, are having some success. Observed from the Bali Belly Bingin camera as we post, the fire is still smoldering. 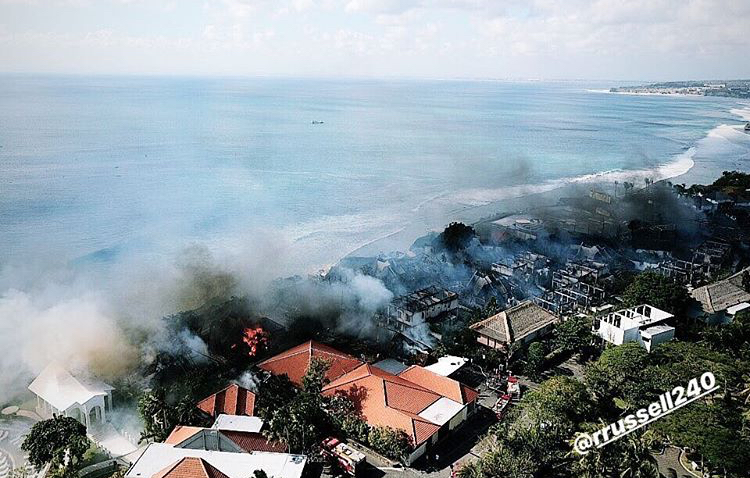 At this time details are sketchy if there have been any casualties and how much damage has occurred to premises in the area. 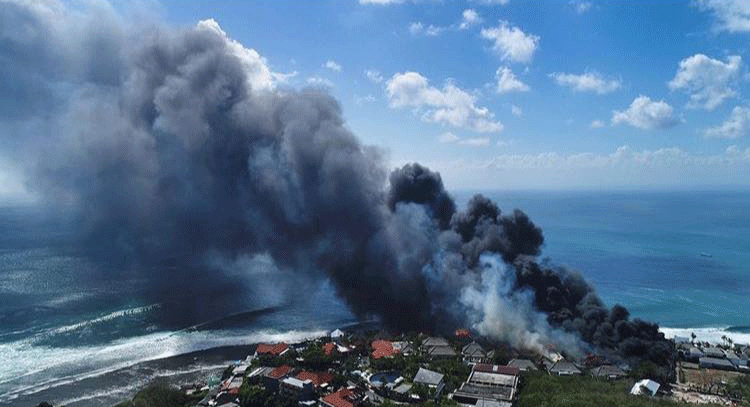