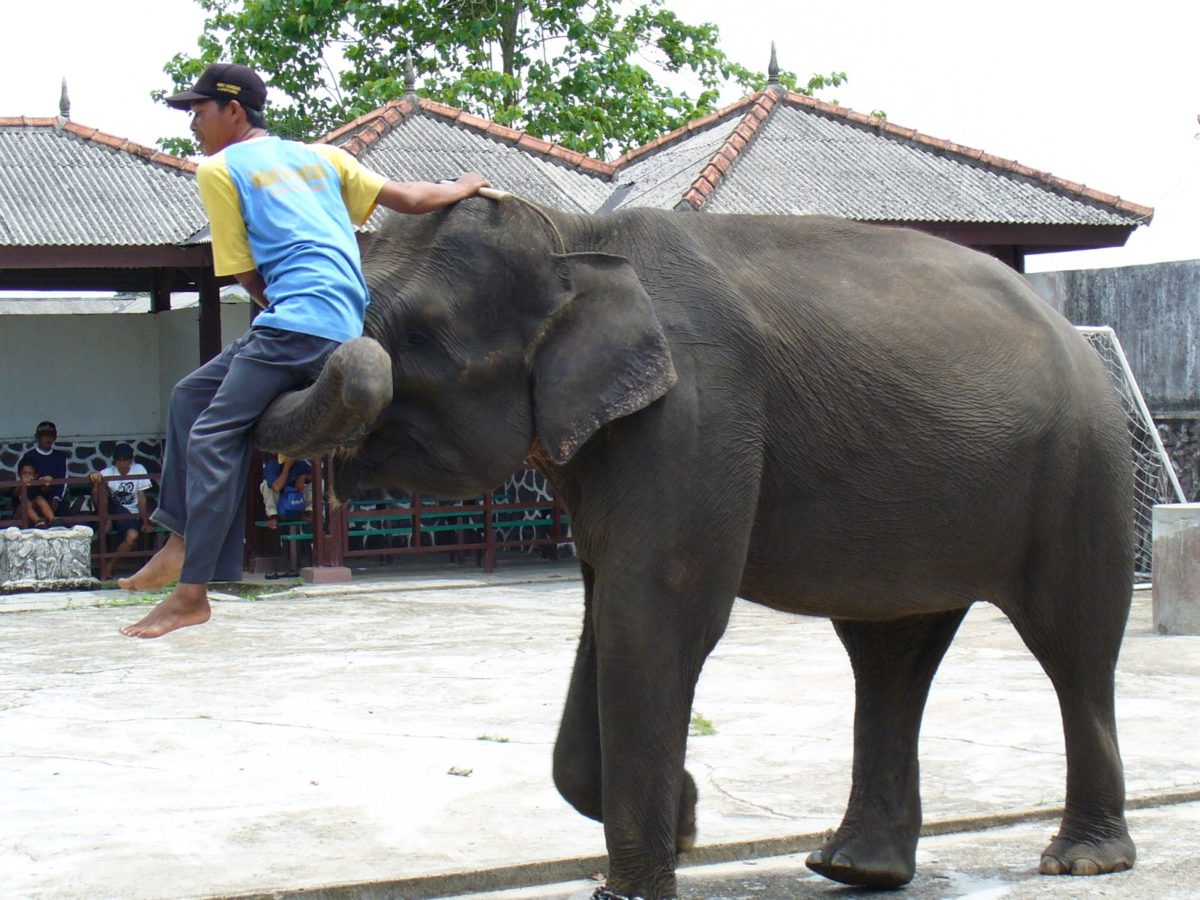 I Nyoman Levi Suwitha or Mangku Levi (60), owner of Bakas Levi Rafting and Elephant Tours in Klungkung, was killed by a male Lampung elephant on Friday (28/04) around 10.20am.

As reported by Bali Post, the victim was about to feed an elephant when suddenly the elephant wrapped its trunk around him and slammed him down to the floor that caused Levi to pass out.

He was rushed to the emergency room at Klungkung Hospital, but the doctors determined that he was already dead on arrival. The body was then transferred to the forensic unit at Sanglah Hospital.

The hospital stated that the victim suffered from a laceration wound on the upper left side of his head, wounds on his face, left thigh, and the one on his right chest. They suspected that the wounds on his chest may be the cause of death.

Levi’s family refused an autopsy, and representatives from Bakas Levi Rafting even initially denied the incident had happened to their boss. To reporters at the hospital, Nyoman Merta from the management team, remarked that his boss had a heart disease history and assumed that the cause of death might actually be from fatigue because prior to the accident he was busy participating in several ceremonies from Hari Raya Galungan to Melasti and walking from Klungkung’s intersection to the temple at Pundukdawa, Dawan. “He was looking lethargic after that,” Merta said.

“The accident might be a factor, but he looked so tired after all the ceremonies,” said Merta. But later he admitted that he died while trying to feed the elephant. To date they have eight elephants in the facility. “In the 20 years I have worked with him, he was very caring towards the animals and easy to adapt,” he continued. “I really admired him because he looked after for the animals so well.”

In terms of burial, Nyoman Merta cannot confirm yet because there are many ceremonies at Pura Dalem at Desa Bakas. “For now the body will stay at Sanglah waiting for further coordination with the village.”

Ni Luh Wirati, Head of Banjarangkan Police, confirmed the incident. From the investigation at the crime scene, they concluded that the tragedy that befell Levi was purely a work accident.