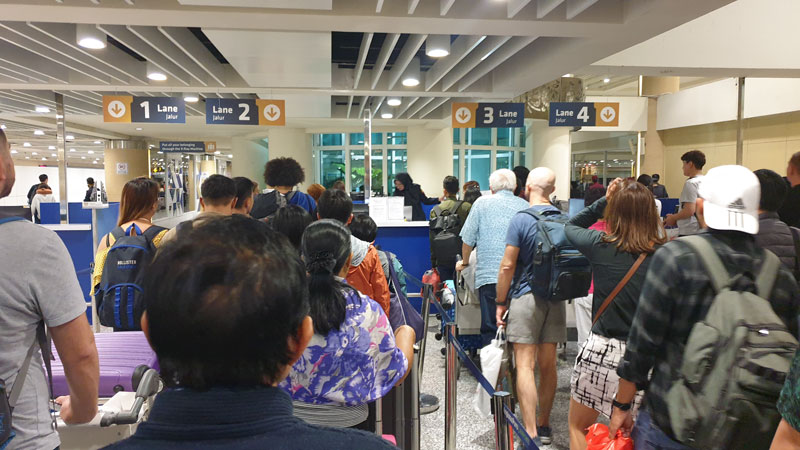 A Chilean man, 57, was secured by Customs officers when he landed at Ngurah Rai Airport last Wednesday (27/11).

The man was arrested in possession of 77.26 grams of liquid meth. Bali Narcotics Police Commissioner Suratno confirmed on Tuesday that the man was found carrying crystal meth hidden in a sock in his suitcase. The item was found during an inspection by Ngurah Rai Customs and Excise officers at the airport.


“The drugs were found on the suspect when examined at the Ngurah Rai international airport arrivals terminal. The man was on a Thai Airways Bangkok to Denpasar flight and looked suspicious to officers. He was checked manually. During the examination of his baggage, officers found a glass bottle containing a clear liquid with a total weight of 77.26. The lab results were positive that the liquid was crystal meth,” Suratno was quoted in NusaBali.

After finding out the liquid was drugs, the police conducted a urine test on the man and the results also came in positive.

The suspect was charged under article 112 Subsidiary 113 Subsidiary 127 RI Law Number 35 of 2009 concerning Narcotics with a minimum sentence of five years and maximum of 15 years imprisonment.

“The suspect is currently in an unwell condition. He was taken to the Balinese Triay Bhayangkara Regional Police Hospital. We will continue to explore the information gathered from the suspect, including the purpose of carrying the drugs and if there was a network or not. Clearly he owns the item as the goods were neatly wrapped and stored in his clothes in the suitcase,” he said.