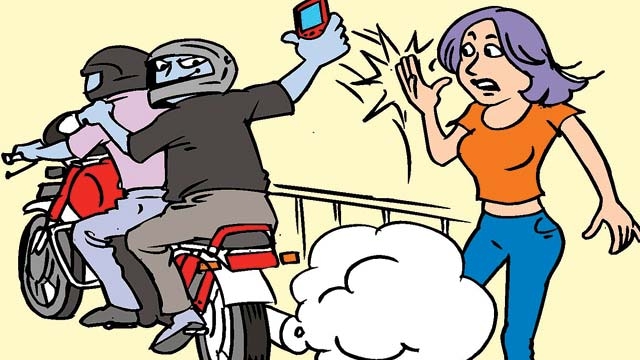 Gede Rianjuni Arta (21) has been arrested and is currently in police custody after stealing a phone from 15-year-old Australian tourist Bianca Garbet.

According to BeritaBali, Garbet was walking along Jalan Kayu Jati, Petitenget with her mother at around 9.30am, yesterday 29th June. Planning to go shopping at Seminyak Square, the 15-year-old was carrying her phone in her right hand. Arta grabbed the phone from her hand and rode off on his bike.

The victim raised the alarm by screaming and was heard by the security guard at a restaurant close by. The security guard jumped on his bike and chased Arta. According a witness at the scene, after catching up with the perpetrator, the guard kicked over his motorcycle.

After falling from his bike Arta, who is from Abang, Karangasem, was held and taken to North Kuta Police Station for further questioning, where he is still being held.

During questioning, Arta admitted to having targeted foreigners on several previous occasions, according to Kanit Reskrim from North Kuta Police.