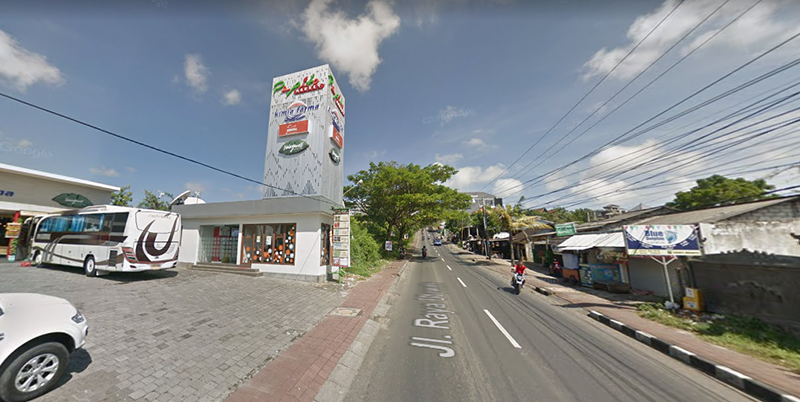 Image: The site of the collision. Credit: Google Maps.

A pile up on the hill near the GWK entrance involving nine vehicles and killing one person on Friday (13/4) is still being investigated by Denpasar traffic police. The driver of the bus, which appears to have gone out of control and caused the smash, is still being pursued.

The multiple collision occurred at 2pm on Jalan Raya Uluwatu, beginning in front of Pepito near the GWK entrance, Jimbaran. The tourist bus was coming down the steep hill from south to north when allegedly the brakes failed.


In front of Pepito, the bus hit an Avanza, then crashed into an Innova car, another Avanza and then a motorcycle. The bus then hit two parked vehicles before swerving right and hitting another car and back left again, hitting another bike before finally slamming into a light pole and stopping.

“We are still looking for the bus driver and urge him to surrender to police,” said Denpasar Traffic Police Commander Rahmawaty Ismail on Sunday to Bali Post. (15/4).

Meanwhile, government transport insurance company, Jasa Raharja Bali directly handed over Rp 50 million to the family of the deceased man, who was in one of the parked cars, Ida Bagus Putu Adnyana (46), which was received by his heirs in the village of Banjar, Buleleng. Other injured victims received a maximum Rp 20 million in hospital fees.