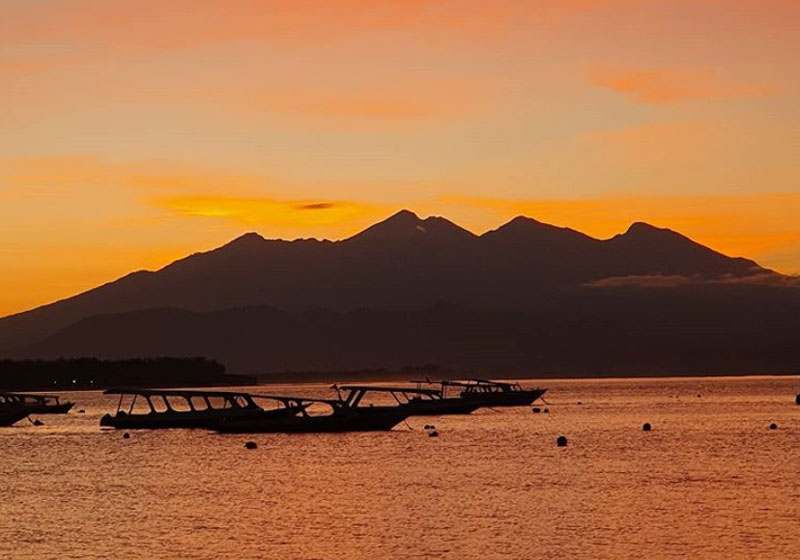 Image: Photo at 6am this morning. Credit: IG. pratamatours_lombok.

The order, which according to Lombok authorities was implemented to control the spread of the coronavirus, created some panic among hundreds of foreign tourists, yesterday, mostly caused by contradicting stories about what was actually happening. Most chose to leave the islands immediately, which created a rush to the boats, while the closure in fact took effect from today, Tuesday (17/3/2020). It was also previously communicated that guests could stay until the end of their booking and didn’t have to leave the island immediately.

“Since morning, visitors have been checking out of a number of hotels. They were worried that the islands will be closed and they won’t be able get off,” Eka, a hotel employee on Gili Trawangan, told Kompas yesterday, (16 / 3/2020).


It was reported the closure of the Pemenang and Senggigi piers will be in effect for the next two weeks. The policy was issued by the Directorate General of Sea Transportation of West Nusa Tenggara (NTB).

However, it was later learnt that it was only the fast boats from Bali that were being stopped for the 14 days. It has come to light that smaller local speed boats etc are still running from Lombok.

The decision to stop the fast boats was taken following the official decision of the NTB Provincial Government to tighten the flow of foreign tourists from Bali to Lombok.

Meanwhile today, it was stated that the local government began to close tourism on Gili Trawangan, Gili Meno and Gili Air.

Locals are permitted to stay and guests already on the islands are allowed to stay the full length of their holiday but the Australian press claimed no more tourists were allowed to arrive.

However, the Lombok governor later in the day released a new graphic stating that foreign and domestic tourists could travel to all three Gili Islands via Bangsal Beach, where there will be a health screening process before boarding.

So in the end, the Gili Islands are still open for tourists who want to go the long way around via flight, taxi and then speed boat to the islands. It is probably a great time to be there, too.

The Gili islands had only just begun to fully recover from the earthquakes of 2018. [This story was edited with new information late Tuesday evening. Ed]