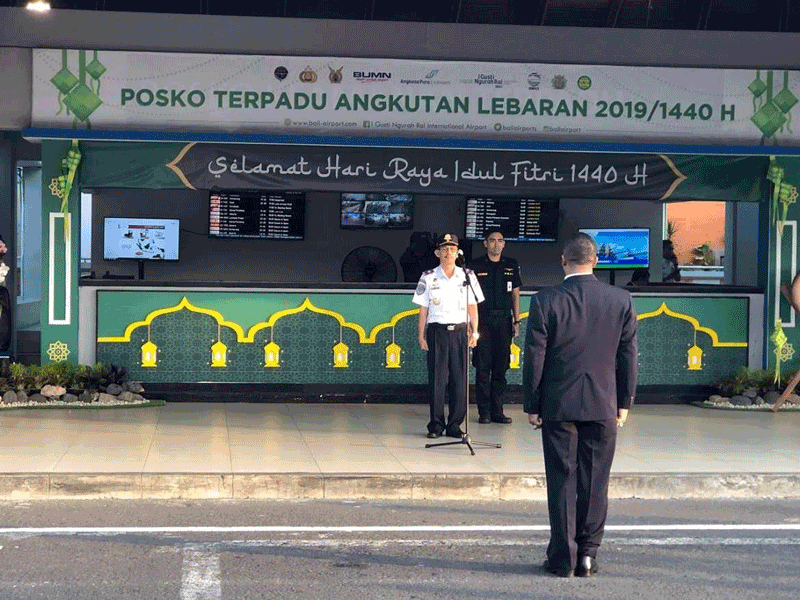 Ngurah Rai International Airport management, Angkasa Pura I, has recorded the lowest extra flight demand in the last three years with 216 extra flights ordered for this year’s Lebaran holidays. In 2018 there were 724 extra flights prepared.

Communications and Legal Section Head of Angkasa Pura I, Arie Ahsanurrohim, said they had only received extra flight orders this year from Batik Air and Air Asia. “We only received demands for 216 extra flights until this moment. This is a drop of 254 percent compared with last year’s data,” he said to nusabali.com while he inaugurated Lebaran security post at Ngurah Rai Domestic Arrival Terminal on Tuesday.

Arie felt that there may be several factors that have influenced the drop. One of them was the present expensive domestic ticket prices, which may have caused tourists to cancel their plans to visit Bali. The other factor was Ngurah Rai Airport traffic. Last month, the number of domestic tourist arrivals dropped nine percent and the Lebaran holidays are dominated by domestic tourists.