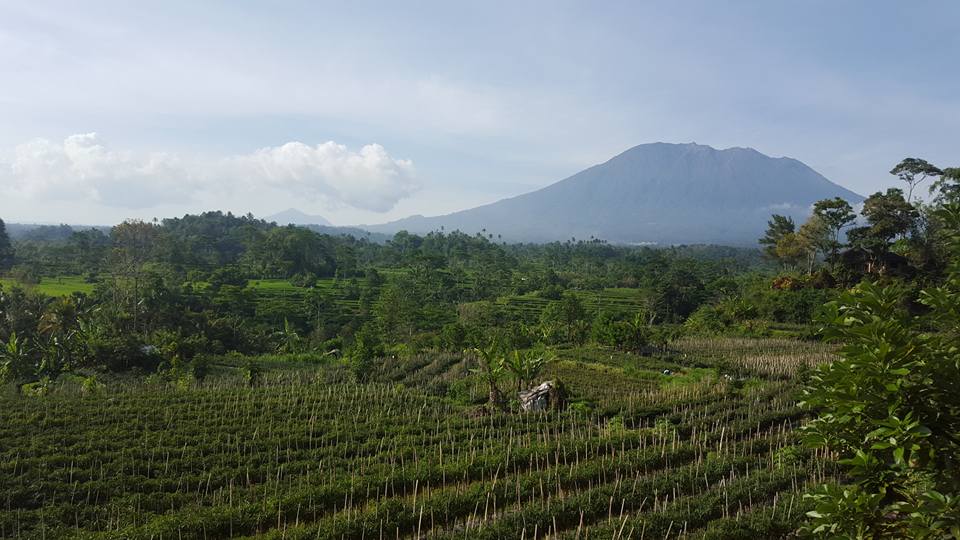 Residents, tourists and climbers were asked to evacuate the area of Mount Agung to a radius of 9 km. This was also extended to an area 12 kms to the north, southeast and south-southwest.

Head of the National Disaster Management Agency Willem Rampangilei told Kompas that they would conduct a sweep of the area today so there are no residents left within the radius.

Meanwhile, it was reported by Kompas, that residents from the Gunung Agung area who have already fled to the evacuation post of Swecapura Sports Hall, Klungkung, have been falling ill.

As reported, until Saturday morning, there were 3,398 refugees who have already arrived at the post and Coordinator of Health Control, Budi Kotama said that many refugees have complained about health issues. Some of those have been referred to hospitals.

“Approximately 300 refugees have fallen ill, with six people referred to nearby hospitals,” Kotama said. “The most common ailment experienced are stress, high blood pressure, gastric pains and upper respiratory disorders, amongst the young and elderly.” He added that high blood pressure or psychological disorders could be due to the stress of displacement.

The Ministry of Transportation (Kemenhub) has also set up seven airports for evacuation in the event of an eruption, reported Republika.

Nevertheless, until now, added Sumadi, the condition of Mount Agung and flights to and from Bali are still normal. Therefore, planes can still take off and land at Ngurah Rai Airport without a problem. But he did not close the possibility to the airport being closed. “Oh it must be closed if it should be closed,” he asserted.

Budi Karya Sumadi also said that like everyone else he hopes that the eruption of Mount Agung, if and when it does come, is not great so that Bali tourism will not be affected.

At 4pm this afternoon Kompas reported that Gede Suantika from PVMBG said sulfuric smoke began to be seen at the peak of Mount Agung .

Based on information from the Rendang Village monitoring post the thin smoke they observed looked a bit dark.

“It was raining so the smoke looked darker,” said Suantika.

The magma was still sitting in depths between 2-10 kilometers from the summit.

Suantika explained, the appearance of the smoke cannot be used as an indicator to declare Mount Agung is erupting as that can only be claimed when it is belching volcanic ash.

He also added that during Saturday the number of earthquakes was decreasing but strength was getting greater.

“In terms of the intensity it has decreased but they have had a greater energy, with two big earthquakes being felt up here today,” said Suantika.