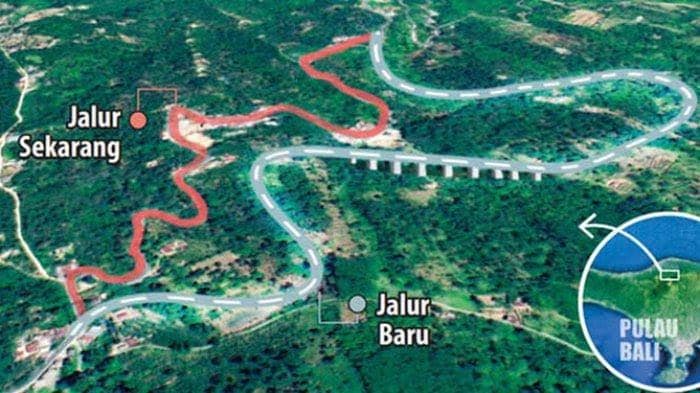 The Singaraja-Mengwitani road construction will continue through 2020 and is targeted to be completed in 2021. The Bali Provincial Government announced last week that they are planning to procure all the land required in sections 7 – 10 over the next three months.

The announcement letter was signed by the Government Temporary Assistant and Community Welfare of Bali Province Government Secretary, Ni Luh Made Wiratmi, who has also become the Head of the land procurement team. The letter stated that there are three villages affected by the road construction. They are Wanagiri, Pegayaman, and Gitgit Villages in Sukasada Sub-District. The total land from those three villages will be 31.41 hectares.

The government planned to construct 7 kilometers of road on the land and they will start the process of collecting data, public consultation, and location setting over the next three months.


The land procurement and the entire project will be completed by the Bali Public Works Department.

The Buleleng Head of the central government Public Works and Spatial Planning Office (PUPR), Ketut Suparta Wijaya, said that his department won’t be participating much in the project, because all of the process from land acquisition to physical construction has been allocated to the Bali Province Regional Budget. “The land acquisition will be paid for by the Bali government and the construction from the province regional budget,” he said to balipost.com.

The purpose of the shortcut road is to shorten the distance from Denpasar to Buleleng, which in turn is hoped to accelerate the economy of North Bali area.