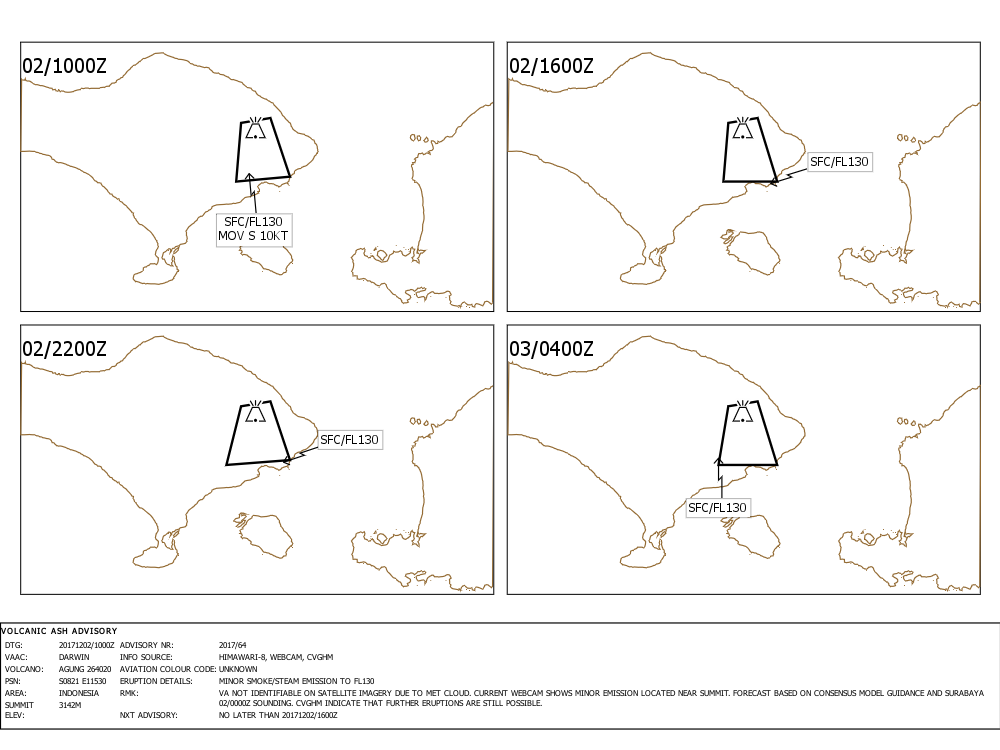 Ngurah Rai International Airport has been operating normally since Thursday afternoon until now.  However, Australian airline, Jeststar has cancelled eight flights from Bali to Australia.

“The cause of the flight cancellations was purely because of airline policy as the airport is still open to all air traffic,” he added.

Meanwhile, Ngurah Rai Meteorology Station reported that Mount Agung volcanic ash movement was at a height over 18 thousand feet above ground level, with a speed of 10 knots. The ash cloud does not cover I Gusti Ngurah Rai Airport air space.


According to Reuters, a tropical cyclone south of Java has altered the wind direction in the area, including Bali, where it could bring heavy rains and strong winds until Saturday, the Indonesian Meteorological, Climatological and Geophysics agency has warned.

And also Praya airport on Lombok reopened on Friday after its closure early on Thursday.