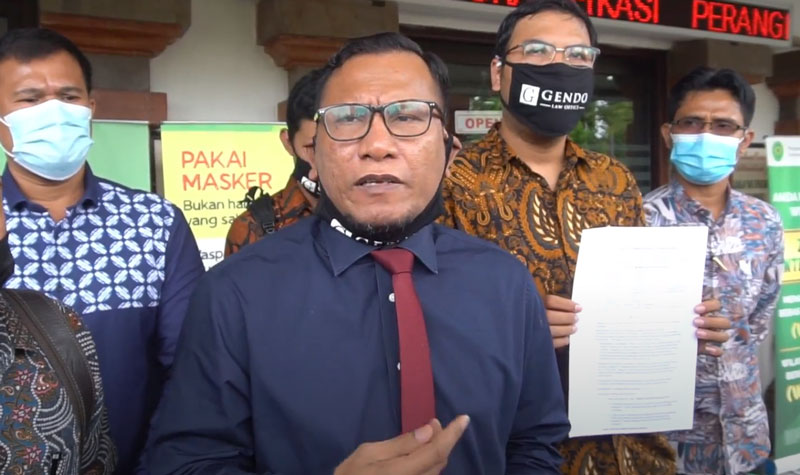 I Gede Ari Astina aka Jerinx received good news yesterday. The drummer and frontman of local rock band Superman is Dead will be leaving jail four months earlier than expected after winning an appeal is his ‘IDI Kacung WHO’ case.

Jerinx was found guilty of hate speech in November after calling the Indonesian Doctors Association WHO lackies, amongst other controversial statements, and was sentenced to 14 months in prison.

Both Jerinx and the prosecution filed appeals to the sentence, but in the end, Jerinx won his appeal yesterday and the Bali High Court reduced his sentence to 10 months in prison.

“The the verdict remains guilty as previously charged, but now with 10 months imprisonment, a fine of Rp10 million and a subsidiary of one month in prison,” said the Chairman of the Denpasar District Court when contacted by Republika.

He said the file of the appeal decision was received by the Denpasar District Court on January 14, 2021.

“So, after being notified of the verdict, the prosecution needs to accept or reject the new sentence within seven days, so there are still possible legal ramifications,” he said.

If within seven days the public prosecutor and his legal adviser do not file a counter appeal, the decision is legally binding.

Until now, the defendant is still being detained at the Class IIA Kerobokan Prison, Badung.