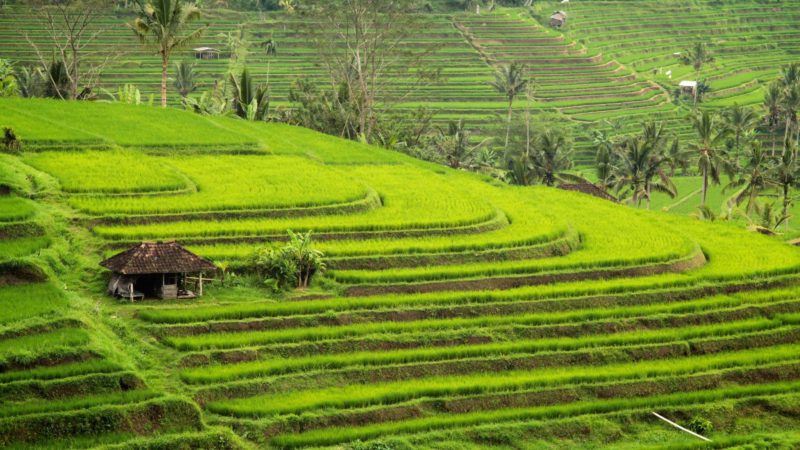 The 3R rubbish dump is also managed by the Jatiluwih tourism management agency (DTW). The manager of Jatiluwih DTW, I Nengah Sutirtayasa said the waste problem has been a challenge faced by the community for many years. This has been exacerbated by the low awareness of the local community in not disposing of garbage in rivers/waterways, as well as the lack of understanding of waste processing in general.

Famous for its rice field views and perfect Bali vistas, Jatiluwih has tried to combat the problem of waste, especially non-organic waste, for the sustainability of the agricultural sector that is in fact the tourist attraction. Since 2015, the local village in cooperation with the Jatiluwih DTW has designed and built the new 3R dump facility, which is expected to be a solution to the high volume of waste in the area.

The facility will function as a garbage bank for Jatiluwih village and accommodate eight existing banjars, processing garbage from households, restaurants, cafes and other businesses. As for liquid waste, the village has also forced businesses to use septic tanks.


In a day, the potential waste generated is as much as two cubic meters, which is around 10 percent plastic waste, 30 percent organic waste and 60 percent residual waste.

“The garbage will be transported by officers and sorted in the rubbish dump. There, recyclable trash will be sorted which can then be resold. This is a concept of people-based tourism,” he explained.

The Tabanan Regent appreciated the village’s step in overcoming the garbage problem. Moreover, in the Tabanan regency, there are already 10 3R rubbish dump sites either funded from the Bali provincial or central Indonesian governments.

“Along with this facility I hope there will be a continuation in training so that the garbage can be managed properly, which can even be a blessing and a living for some,” Regent Eka Wiryastuti said.