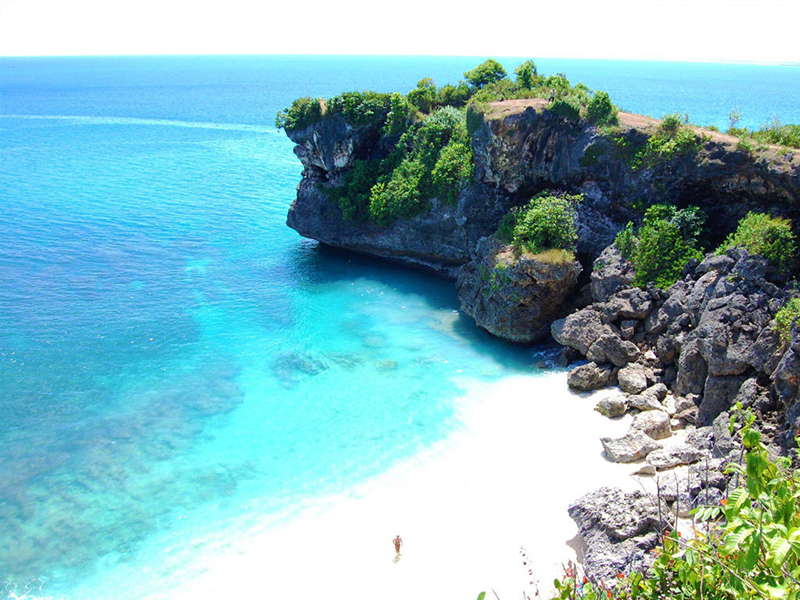 A tragic incident occurred at Balangan Beach last Friday. A 16 year old Jakarta lad, George Ernest Suhardi, died when he slipped while allegedly trying to take a selfie at the top of the cliff and fell.

“The victim fell down a 30 meter high cliff,” said a witness, I Putu Dimas, to okezone.com at the scene on Sunday.

The Head of South Kuta Police, First Officer Andi Muhammad Nurul Yaqin, said that the incident occurred on Friday at around 5.45pm.

George Ernest, who studied at Jakarta Kanisius High School, came to Bali on holidays with his family. When they arrived to Balanangan for sightseeing, he went to the cliff and pulled out his phone to allegedly take a selfie, but he slipped and fell from the cliff.

Local residents called an ambulance that took him to a Jimbaran Hospital. According to witnesses he was in a critical condition and by the time the ambulance arrived at the hospital, he had passed away. From there he was taken to the forensics department at Sanglah Hospital, Denpasar.

According to Commissioner I Nengah Patrem, the victim’s family did not report the incident to the police. The police received the report from local residents and then they dispatched a criminal investigation team to the scene.


“By the time they arrived, the victim had been taken to the hospital,” he said to nusabali.com. He also said that there were several wounds and bruises on the victim’s body.

Meanwhile, the victim’s family denied that George had slipped because he was taking a selfie. “That’s nonsense. He didn’t take out his phone. His phone was still in his pocket,” said his mother, Yanri Hidayat, when journalist interviewed her at her North Jakarta residence on Sunday.

Yanri said that her son had wanted to capture the sunset from the edge of the cliff. “He didn’t take a selfie. We were the ones who wanted to take his photo,” she said.