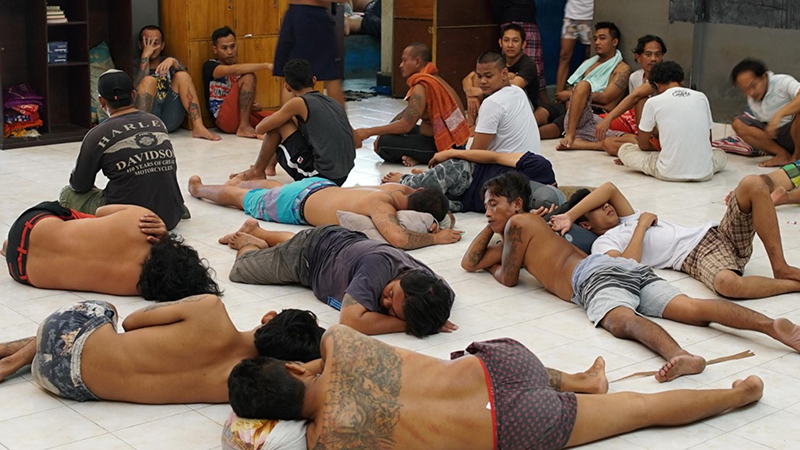 The Vice Head of the House of Representatives/ DPR Commission III of Law, Human Rights and Security, Desmond Junaidi Mahesa, has said that he wants to legalize marijuana in Bali. However, the idea was instantly rejected by the Head of Bali Police, Inspector General Petrus Reinhard Golose.

Desmond proposed this idea because in his opinion it would be better if the marijuana users could be tightly monitored in a certain place in Bali than criminalised. “We proposed this idea to know the response of law enforcement officers which the immediately feedback was that Bali cannot be used as a drug activities location,” said the representative of the people on Wednesday.

Desmond said he had a meeting with the Head of Bali Polda saying that the idea of legalisation was one of the community’s aspirations. By discussing this with law enforcement officers, he wanted to know the reaction to this recent condition.

“It means that if Bali cannot be used as a drug activities location, then other places cannot, too,” he said. Not only for drug activities, but also for gambling, which has also been proposed by some people.


They aspire to appoint a certain island to have legalised gambling, so Indonesians didn’t need to go to Singapore. “They also mentioned Bali as the location of this gambling site,” he said to tribunnews.com. Then continued that according to the Head of Bali Polda this activity violated Balinese culture.

Inspector General Golose said that the plan or idea violates the law. Besides, by legalizing it, it could ruin Bali’s future he claimed. Right now, without legalising cannabis use, there were 965 drug cases during 2017. Not only foreigners, but also local people. “Even being illegal, Balinese people already reached 60.9 percent of the total drug users. We agreed with the rehabilitation process, but not the drugs being legalised,” he said.

Meanwhile, during February, narcotics agents from Denpasar Police arrested 45 drug users and dealers (39 males and 6 females) from various locations in and around Denpasar. The Vice Chief of Denpasar Police, Commander Nyoman Artha, said that they secured 268.5 grams of meth, 1,405 ecstasy pills, 124.04 grams of illegal tobacco, 50 happy five pills, and 78 grams of marijuana.

“Drug crimes are an organized crime and they worked within organizations. It is a serious crime, because it can happen to anyone,” Artha said.