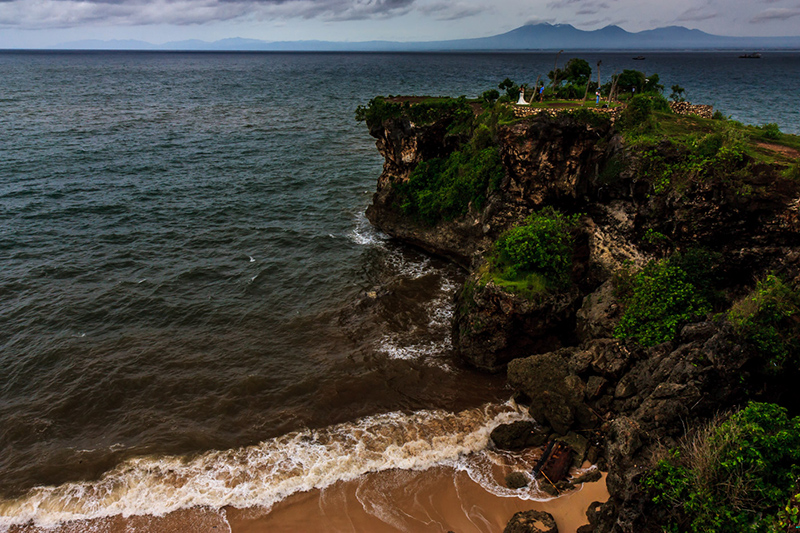 Image: Balangan headland is a favorite for nuptials. Credit: www.terrytreks.com

Balangan Beach on The Bukit, south Bali has become one of the most popular spots for couples to carry out their pre-wedding activities. In a day, dozens of local and foreign tourists, especially Chinese tourists, can be seen walking all over the hills and beach, doing pre-wedding photo sessions.

“It is popular for Chinese tourists to have their weddings in Bali at the moment,” said Chandra Salim from Chinese Committee of Asita Central Leader Board (DPP) to tribunbali.com on Monday.

The other popular spots are Tegalwangi Beach, Bajra Sandhi Monument on Denpasar, and Bedugul. For the pre-wedding photo shoots they have to pay Rp 300,000. “It’s the same price for local and foreign tourists. We charge them Rp 300,000,” said one of the entrance officers at Balangan Beach.


According to Bali Wedding Association (BWA), some of them even brought their own wedding organisers (WO) from their country. Chandra Salim admitted that the associations like Asita cannot control whether they have a permit or not to do those photo sessions on Bali, because usually Asita only handled the tour and travel, not the pre-wedding activities.

Chandra said that there are about 60 official tour and travel agents that handled Chinese tourists on Bali. Meanwhile, there are more than 100 agents nationwide. Ibi Damara from BWA public relations said that Chinese tourists had been carrying out these activities since three years ago. But, not all of them were handled by a WO that already had a work permit on Bali. “That’s why BWA wants to handle the WO that doesn’t have a work permit. Sometimes they will say that they brought their own friends, but when we interrogate them, they run away,” he said.

BWA already has been to the authorities to discuss this issue, including the government and related tourism associations.  “We have observed it. We already came to PHRI, Immigration and the Work Force Agency. We also held discussions about this Chinese WO. We hope these Chinese WO’s can show their work permit and coordinate with the local WO association,” Damara said.