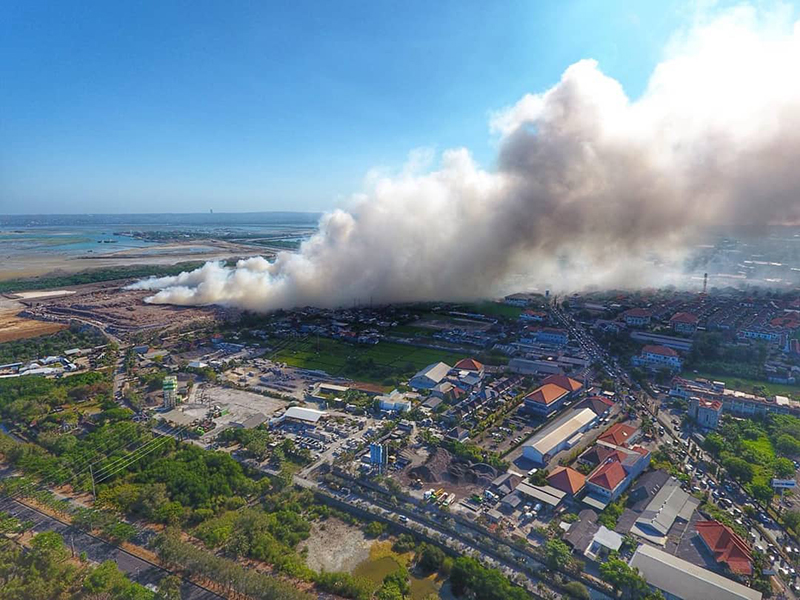 The hot weather is being blamed for a fire at Suwung rubbish dump in South Denpasar yesterday. The fire was first seen at about 1pm as thick smoke began rising above the landfill area and headed across town.

“At least four hectares of waste were burnt out,” said the Section Head of Denpasar Environment and Sanitation Board, I Ketut Wisada, to balipost.com. “We assigned eight fire trucks to extinguish the fire, and they already came and went twice, but it was still burning,” he said.


Wisada also stated that they couldn’t extinguish the fire quickly because they had difficulties finding the access to the source of the fire. The strong winds also made it difficult.

Meanwhile, the surrounding area to the east and northeast was covered in acrid smoke and fumes, with people complaining all over social media about it. Neighbours in the area and in the path of the smoke had some health issues and a child was brought to the hospital because of the smoke. 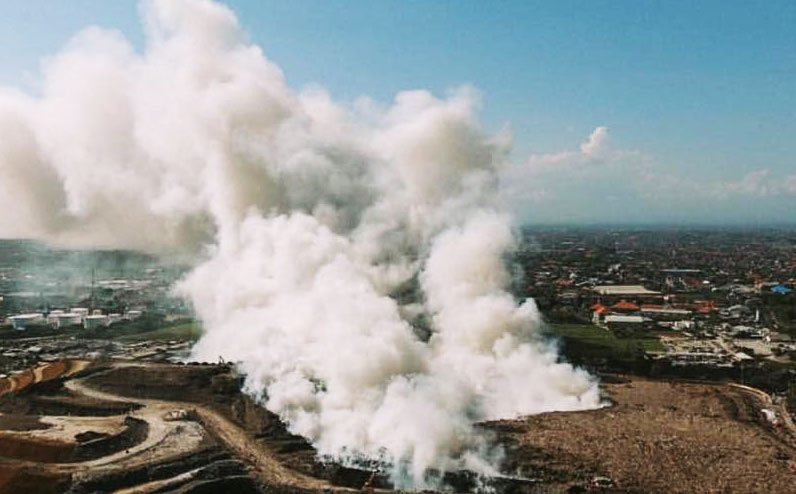 The Head of Denpasar BPBD, IB Joni Ariwibawa, said that the fire burned 10 hectares of waste. He explained that their team needed 3.5 hours to extinguish the fire.

“It took a long time to extinguish the fire. There were no injuries or monetary losses from the incident, because the fire only burnt waste,” he said to nusabali.com