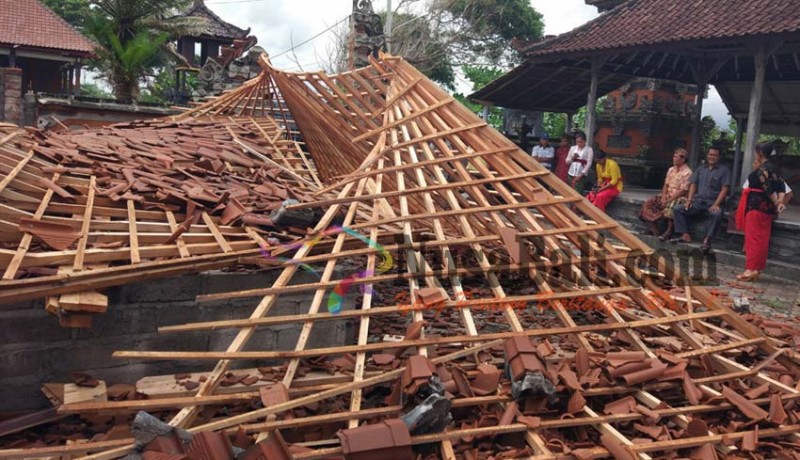 A landslide that occurred on Thursday morning has claimed the life of I Nyoman Cenik (80), resident of Desa Sanding, Gianyar . He was buried under heavy debris as a result of the landslide hitting his home while he was sleeping. Pekak (or grandfather) Nyoman slept alone.

Following heavy rain, a 10-meter-high cliff behind the house collapsed and destroyed Pekak Nyoman’s house. His fourth child, I Ketut Wijaya Artawa, heard the rumbling sound from a separate building. “When I got out of my room everything was dark,” says Artawa who not being able to see anything went back to sleep. Only at 6am he discovered that a coconut tree was uprooted and fallen on the rear of the house occupied by his father. “It was then that I saw my father has dead as a wall had collapsed on him due to the landslide and the fallen tree.”

The deceased was found lying in bed, his face still visible but from the neck down buried under the landslide.

Meanwhile, strong winds in Jembrana on Wednesday (01/02) caused damage to houses, including knocking down a newly-built Bale Gong (a compound made for spiritual offerings) and wrecking the roofs of nine houses in Gilimanuk.

Between the continuing rains and the new traffic changes the local populous is beginning to go bonkers. Let’s hope both are reversed soon. Ed.