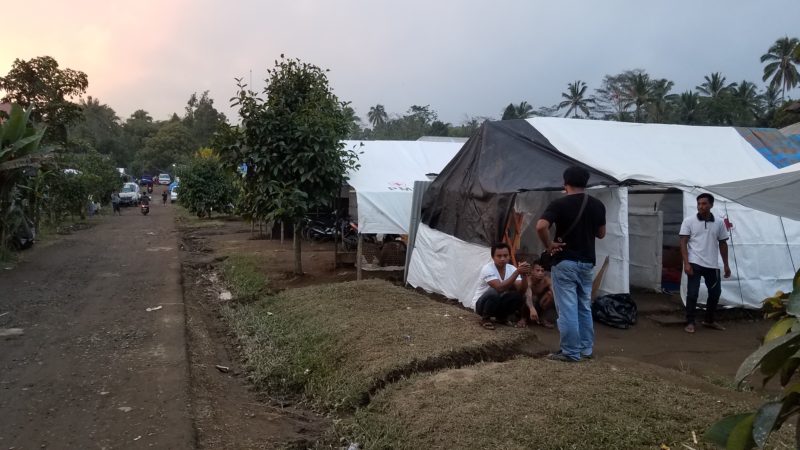 AFTER the PVMBG narrowed the exclusion zone of Mount Agung to six kilometres, the flow of the evacuees heading home to Klungkung, Bangli and Karangasem still continues. However, until now there are still around half of them in refugee camps.

Head of the Klungkung Regional Disaster Handling Department (BPBD), Putu Widiada, told balipost.com there were still just under 7,000 evacuees in Klungkung camps from a peak of just over 11,000. “They continue to go home. Many tents have already gone,” he said.

He said that they went home on their own and the government wasn’t providing transportation like the last time when the status was decreased from “Alert” to “Aware”.

He predicted that many of the evacuees will continue to go home because many of them lived outside radius of six kilometres. “There are only around 3,000 people living inside the six kilometre radius,” he said.


Meanwhile, Secretary of Kubu evacuee post, I Wayan Karmawan stated that the return of the refugees was made independently. However, if there were people who asked for help, it would be organised. “So far they have headed home independently. Carrying goods by car and motorcycle,” he said.

Karmawan said, there are still many people who live outside the radius of six km who remained in the camps. The reason, they still feel anxious to return to their hometown is that the Mount Agung activity is still not normal. “They are afraid to go home because they do not want a repeat of last time, where many returned, but after arriving back home the volcano erupted again. So they had to evacuate again,” he told BaliPost yesterday.