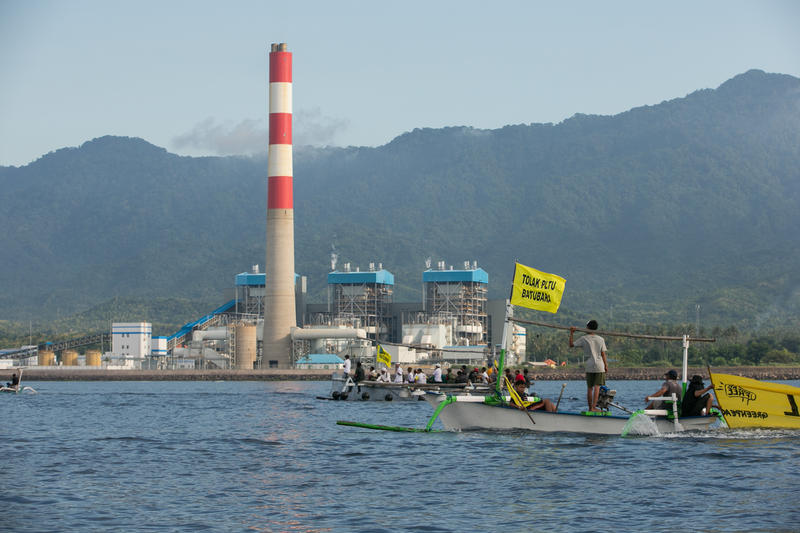 Greenpeace ship, Rainbow Warrior has been in Bali waters recently and has had Lovina’s coal fired power plant, and its expansion, in its sights.

A climate and energy campaigner from Greenpeace Indonesia, Didit Haryo, said that Lovina Beach and the West Bali National Park (TNBB) are threatened right now due to the expansion of Celukan Bawang Coal Fired Power Plant (PLTU), which is planned to double in size.

He is concerned about the smoke of the PLTU, which he claims will pollute the natural tourism destination. Celukan Bawang PLTU is only 20 kms away from Lovina Beach, a popular tourism spot, which is known for its black sand, coral reefs and the dolphins.

He said that the dolphin habitat in the area will be affected by the increase in boat traffic. The same threat would be experienced in the West Bali National Park, which is the habitat of endangered and protected animals, such as the Javanese leopard, pangolin and Bali starling.

“Besides polluting the waters and causing damage to the environment, the PLTU will also create health, tourism, fishery, and farming issues in the surrounding area,” Didik said on Tuesday. 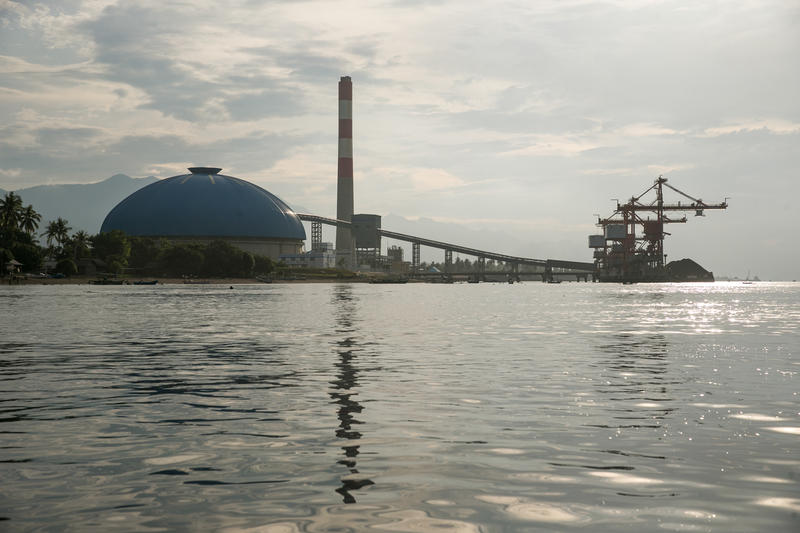 According to Greenpeace, it is already known that PLTU’s built near residences have caused severe pollution in China. At this moment, the Chinese government is trying to find a solution to reduce the dependency on coal fired power plants in that country.

“Bali can survive and develop as the tourism destination only if we have a clear and sustainable energy, not the polluting emission from coal fired power plants like Celukan Bawang,” Didik said to antaranews.com. 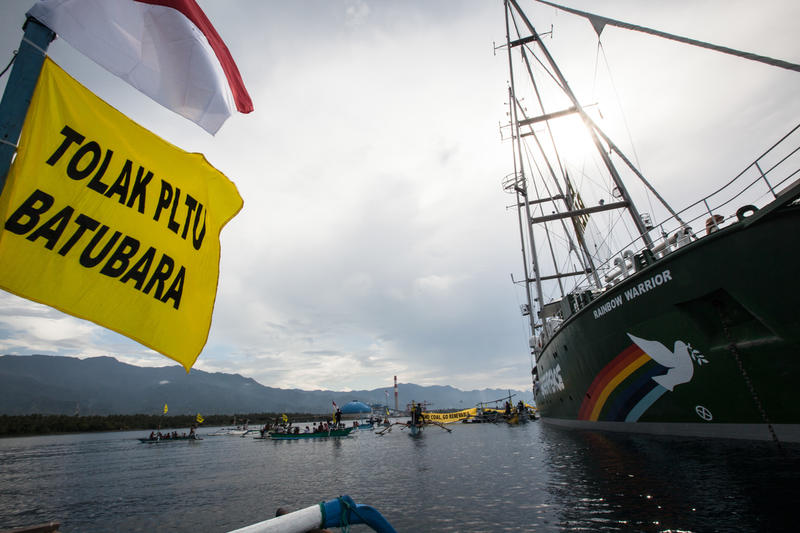 “Coal is not a source of electricity for the future,” he said.

Celukan Bawang community representatives and Greenpeace Indonesia, with help from a team of lawyers from Bali Legal Aid Foundation, have registered a lawsuit against the Bali Governor Decree No.660.3/3985/IV-A/DISPMPT about the Celukan Bawang PLTU Environmental Permit to the Denpasar Civil Court.

“We took action because the decree for the expansion was issued without any discussion with the affected residents and it violates the Paris Agreement committing to emission reductions and did not consider the effects of global warming from the PLTU expansion,” said Dewa Putu Adnyana from Bali Legal Aid Foundation to cnnindonesia.com.