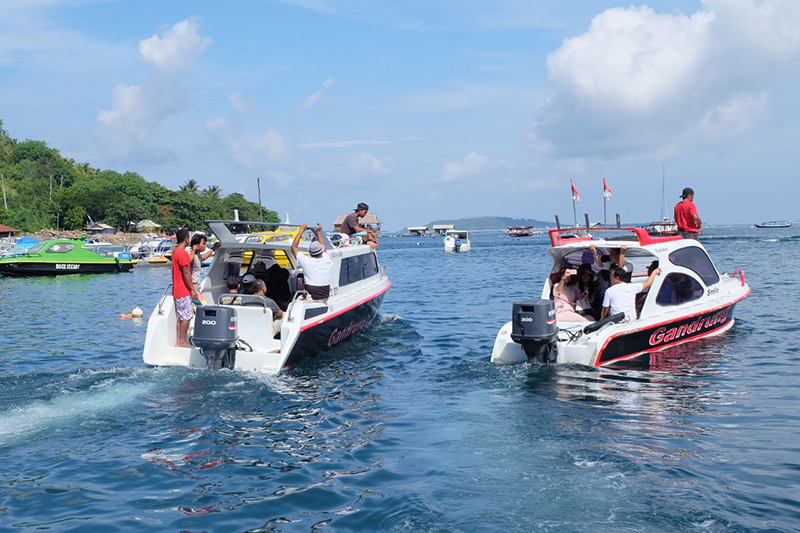 A Tiger Sport 02 speed boat on the way to Gili T from Lombok caught fire, injuring two people at around 5.30pm on Thursday. The boat was at the time was on Nare Bay waters, North Lombok.

The Head of Mataram Search and Rescue (SAR), I Nyoman Sidakarya S, confirmed the incident when interviewed by antara.com on Thursday evening.

“There were four people on the speed boat when the incident happened. Two of them were injured and they were treated at Pemenang Community Hospital,” he said.


One of the injured was a crew member, Maryadi, while the other person, Reza, was a passenger on the boat. They both suffered burns to their legs. Meanwhile, the captain of the boat, Lalu Hamzan and the other passengers were fine, but traumatized by the incident. A witness said that the fire started on the boat only two minutes after it departed from Nare Bay port.

Sidakarya said that they had received a report about the incident from a local resident. Then a team was assigned to evacuate the people on the boat as soon as it was possible.

“We were helped by Pemenang SPK III Brimob, NTB Polda Water Police Unit and local residents when evacuating the people,” he said.

Police are still investigating the incident.