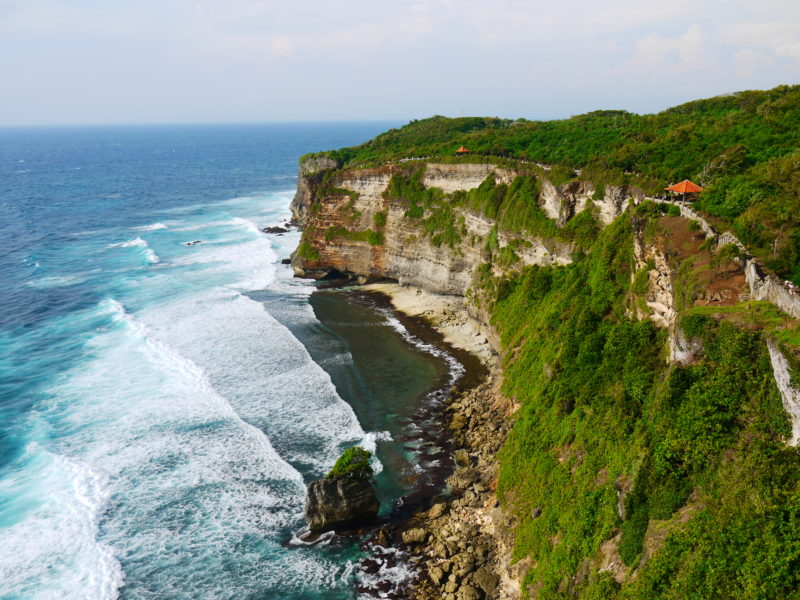 The cliffs of Uluwatu. (Credit: this is me – WordPress.com).

Tragedy struck in the early hours of this morning at Uluwatu as a German woman, Alina Kuroczik (23), slipped and fell to her death from a cliff at the Blue Point area, Suluban Beach, Uluwatu. The incident took place at around 1.30am. She was later found dead at the base of the cliff after a search was conducted by the authorities.

After the police investigated this incident, it was revealed that the young woman wanted to urinate off the cliff edge. “The body was found at round 2.15am and she was staying at the Pecatu Guest House,” South Kuta Police Chief, Iptu Andi Yakin, said to balipost.com.

Seven SAR personnel were called upon to evacuate the woman’s body and were equipped with mountaineering equipment, two rescue trail units and one evacuation vehicle.


The police chief said the victim was partying with her seven friends at Warung Mitris. Then, the victim decided to relieve herself. When she tried to stand upright, she slipped and fell from the cliff.

“From the investigation and witnesses’ statements, it was dark and it would appear she did not know that she was on the edge of the cliff,” he said.

He immediately told his companions.

“The victim had many wounds on her body. We have interrogated all the witnesses, her friends and the local community,” the police chef said.