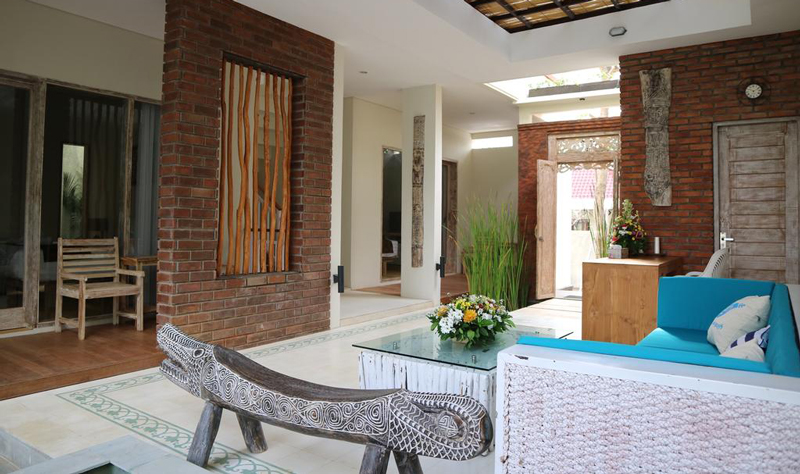 A French man, Patrick Francois Luc Juvenelle, 63, was found dead in his room at Delima Guest House on Jalan Pantai Berawa, Berawa on Saturday at around 8pm. The Head of Badung Polres Criminal Investigation Unit, AKBP I Made Pramasetia, confirmed the incident to nusabali.com and said that the victim was found naked and there were several bruises on the body. The man was suspected to have been dead 8-15 hours before he was found.

AKBP I Made Pramasetia said that the story began on Friday at around 7am when a guest house employee, Kadek Dedy Suandika, 34, got a message from the man’s girlfriend, Marcia. Marcia asked about the man’s condition and said she was worried about him, because the victim was depressed and said that he didn’t want to live anymore. Marcia asked Kadek Dedy Suandika to check him and that she had seen the man the day before.

The girlfriend contacted Delima Guest House again on Saturday at around 2.20pm. The call was answered by Komang, who said that the victim was still sleeping. Marcia also tried to call his cellphone at around 2.30pm, but he didn’t answer. The woman came to the guest house at 7.48pm and tried to enter the room, she couldn’t because it was locked from the inside. Marcia tried to call the victim’s cellphone again and heard the ring of the cellphone, but the victim didn’t answer it again.


Then Marcia called her brother, Agung Susanta, to help check her boyfriend’s condition. They managed to enter the room through the back door, which was not locked. They were shocked after they found the victim was lying dead on the bed naked. Rigor mortis had already set in.

Marcia reported the incident to North Kuta Polsek. The police arrived at around 8.30pm, followed by Badung Polres Identification Team and a North Kuta Community Health officer a few minutes later to investigate the incident.

“The doctor reported that the victim had been dead 8-15 hours before he was found. There wasn’t any sign of violence on his body besides some bruising,” said AKBP I Made Pramasetia.

Police secured several pieces of evidence from the room, such as various drugs, some foreign and local cash, a black iPad, a white iPhone X, and four syringes. “The deceased’s body was taken to Sanglah Hospital, Denpasar by Badung Regional Disaster Management Board (BPBD) ambulance at around 10pm after we completed the investigation process,” he concluded.