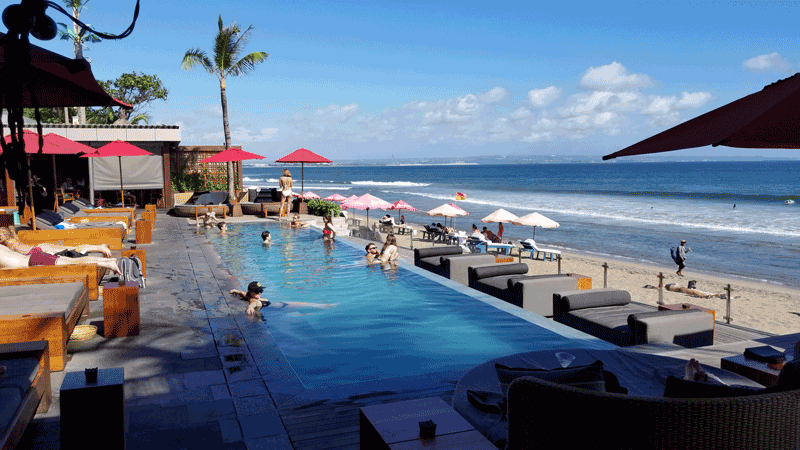 Related authorities have taken this news as a warning that they need to work harder and make extra efforts to achieve the target of 7 million foreign visitors to Bali this year.

And the month of May 2019 was not looking very good too.

The Head of Bali Tourism Board, Anak Agung Gede Yuniarta Putra, surmises the drop in numbers was caused by several incidents in Indonesia in recent times, such as a string of earthquakes and tsunamis over the past year and then the Presidential Elections on April 17, 2019, (and rioting after the official results were announced. Ed) also impacted foreign tourist visits. “Several countries issued travel warnings because of it,” he said to nusabali.com on Wednesday.

Yuniarta told reporters that the Chinese numbers have also been affected by the closure of the Chinese mafia network shops in Bali late last year that were bringing low-end tourists to the island. Now the quality of the Chinese tourist is higher.

“We are now looking for quality, not quantity,” said Yuniartha, during a visit of the Indonesian Ambassador to China to his office at the Bali Tourism Board on Friday (21/6 / 2019).

Yuniarta also stated that there is no other option now than all related parties working harder to increase the number of foreign visitors. “The government has issued an official statement that explained the condition in Bali is safe and conducive,” he added and explained that his side continues to promote Bali tourism through media and forums, and they will hold sales missions to China and India in July. “We still hope that we can reach this year’s target of 7 million arrivals,” he added.