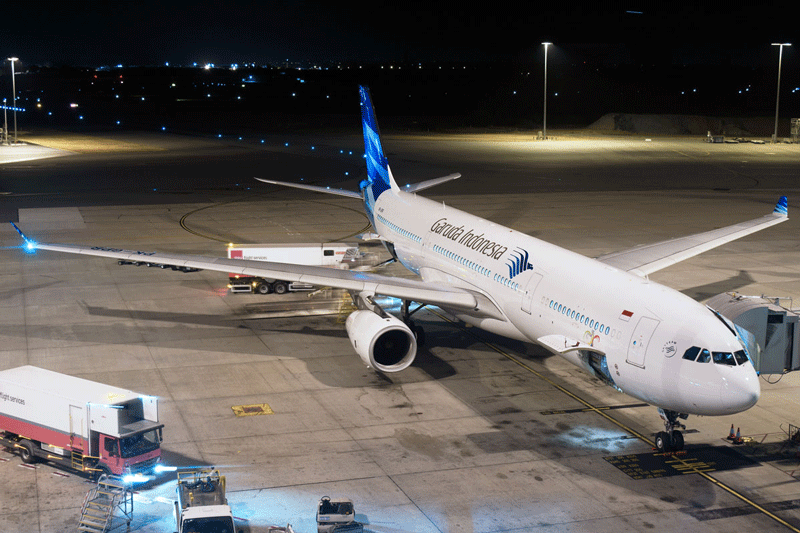 A Garuda flight from Bali to Perth was forced to land in Port Hedland, West Australia last night where a French couple were arrested after one of them allegedly became disruptive on the flight.

According to the West Australian newspaper, police were alerted to the incident about 9.30pm after two passengers were acting in a disruptive manner on board the international flight.

“A male French national had been restrained on the flight due to his erratic behaviour and the flight was diverted to the Port Hedland International Airport,” police said.

A 29-year-old female French national who was travelling with the man was also detained by police.

The flight resumed at 11.22pm and arrived in Perth just after 1am today, where Australian Federal Police officers spoke to the flight crew and passengers who witnessed the incident.

The two French nationals remain in police custody in South Hedland and the investigation is ongoing.