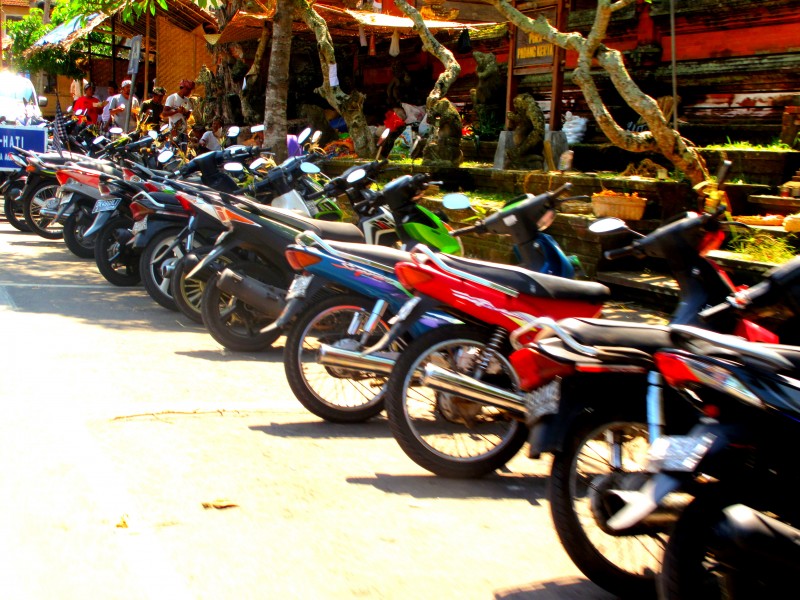 Business owners in Kuta could be in hot water if they don’t provide proper parking space for customers.

On Friday, Kuta’s Community Empowerment Organization (LPM) took to the streets again to conduct their routine operation of deflating the tyres of vehicles that are parked in non-parking zones.

Gusti Agung Made Agung, Head of LPM Kuta, explained that the operation was a response to public complaints, and that they have collaborated with Badung District Transportation Agency and the municipal police (Satpol PP) to target vehicles that are parked in no-parking zones and on the pavement.

“This is actually a scheduled operation,” Made Agung said, as quoted by Nusa Bali. “And this time around we decided to be more stern, which is to deflate the tyres.”

To remedy the parking problem, Made Agung added that he can’t work alone—it needs the participation of business owners in Kuta as well. “We expect hotels and restaurant who employ security staff to participate. At least in their surrounding area.”

According to Made Agung, the parking issue is mainly caused by people’s lack of order, and to further exacerbate the matter, there are still plenty of business owners who don’t provide proper parking spaces. “For those who do not have parking space, we hope that responsible government agencies can look over their permits. Is it implemented accordingly or not? Hopefully, later on, we can maximize the function of the available space.”

Meanwhile, the Head of Badung’s Transportation Agency, AA Rai Yuda Dharma, stated that the government is also working hard to find a solution. “The parking problem in Kuta is still the main focus for the government, and we want to come up with a long-term solution. The government plans to add more parking lots but is having trouble with finding the space.”

Dharma appreciated the steps taken by LPM Kuta. “The operation will still continue in the future, especially since these parked vehicles have often caused traffic jams. And now especially when we are in the middle of the holiday season when tourists start pouring into Kuta.”