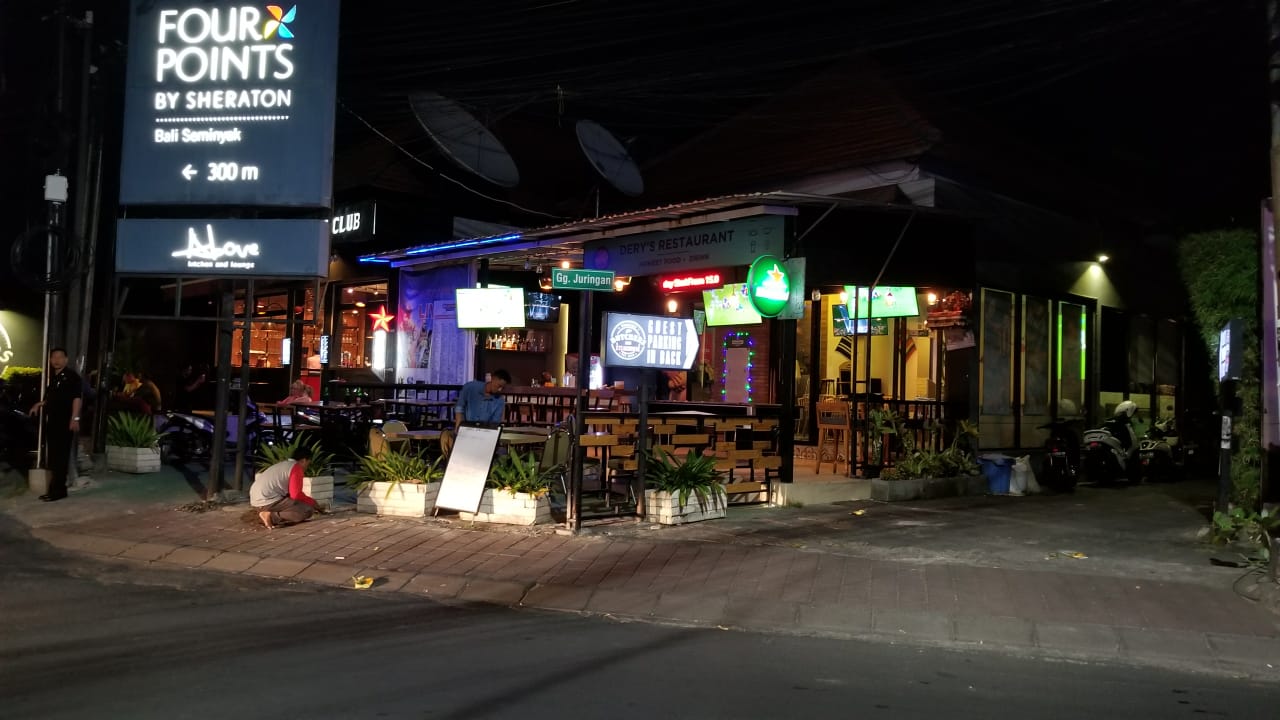 A Xenia car driven by a local man, B. W., span out of control and hit the Dery’s Sports Bar on the bend and intersection of Jalan Petitenget and Jalan Cendrawasih on Tuesday night at around 3.30am.

The Head of Badung Polres Public Relations, First Inspector Ketut Oka Bawa, said that the driver was allegedly drunk at that time and lost control of the car which then hit the restaurant.


Fortunately, there were no victims, nor injuries because the restaurant was closed and no one was passing by. The driver was also alone in the car and didn’t suffer any injuries in the accident.

However, there were damages with a number of the restaurant chairs broken, the restaurant front wall and fence smashed up. “The restaurant damage cost is estimated to be around Rp 25 million and when police investigated the situation, it was believed that the driver was drunk,” he added.

The police decided not to arrest the man after he had met the restaurant owner and promised to pay the damages. “They decided to solve it peacefully and we did not arrest the driver,” he concluded.