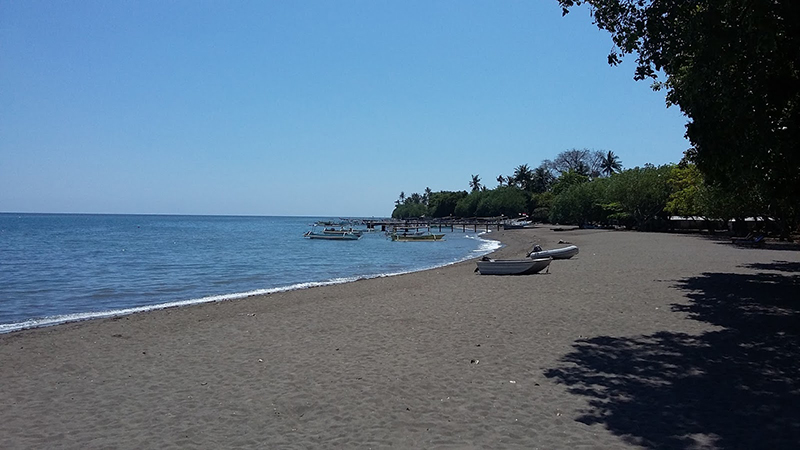 Thirty Buleleng divers got together and helped clean the underwater plastic trash in the waters of Kaliasem beach area, Lovina in Buleleng on Sunday. The divers were there to clean the plastic trash that covers the coral reefs in Lovina waters.

The good news, according to them, was that the condition of the coral reefs, which is in fact a coral reef conservation area in Buleleng, was still safe and in good condition. The other good news was that they only found a little bit of trash when cleaning the area.

“The plastic trash has covered the coral reefs for a long time, especially the plastic trash that was brought here by rivers and streams. That’s why the coral growth is not maximal,” said the Head of Buleleng Environmental Agency (DLH), Nyoman Genep, when he spoke to nusabali.com after the event that involved divers, tourism businessmen, Indonesian army and Indonesian police.


He claimed that in the Lovina area his team could not find much plastic trash. Not only because there aren’t many rivers that empty there, but also because the tourism businesses in the area often monitor the underwater conditions. This condition is different with the condition of the sea around Singaraja and the Banyuasri and Buleleng River estuary.

He also stated that he appreciated the positive effort of the tourism businessmen to protect the environment together, although the government has been campaigning against the throwing of trash into the sea for a long time. And also he was encouraged by the trash bank; school and communities collecting the plastic trash to be exchanged with money.

Meanwhile, one of the divers, Gede Iwan Setiabudi, reiterated that the Lovina waters are so far still safe from plastic trash. After two hours sweeping along the coast, they only found a little bit of plastic trash around the coral reefs. However, the Undiksha University lecturer said he is more worried about the Lovina tourism business waste.

“It is still safe now. We only found a little bit of trash there. Usually there is a lot of trash from Kaulu until Kasanga. We are actually more worried about private business waste, who each should have waste management permits,” he said. He hoped that the tourism businesses think about the long term environment safety and sustainability of the area.

“If there is only plastic trash, we can see, gather and take that. But if there is a septic waste problem, it could be difficult and dangerous,” he added.