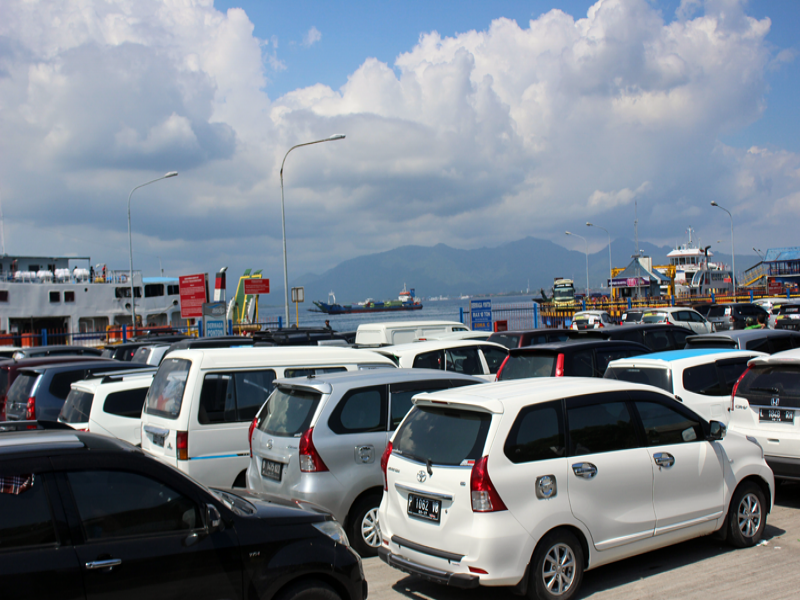 Lebaran holidays seem to have come early this year as domestic tourists begin arriving to Bali a few days before Idul Fitri. Normally the holidays start after Idul Fitri.

Ketapang Port, Banyuwangi, has been busy all this week with vehicles already waiting up to an hour before being able to board the ferries.

As seen from the number plates, the vehicles are coming from various places on Java, such as Jakarta, Surabaya, and Malang.

“We always choose Bali as our destination on Idul Fitri holidays, because it is beautiful and cheap,” said Wili, one of the domestic tourists from Surabaya to balipost.com.


He said that he had his holidays this week, because he was had to work next week. “Usually I spend a week on Bali,” said the man who likes to go to Ubud. He said that the other reason to come this week is because the traffic is not so crowded during Idul Fitri, not like normal weekdays. (Normally after Idul Fitri the traffic becomes insane. Ed)

The increasing number of the domestic tourists was confirmed by the General Manager of Ketapang-Gilimanuk PT Indonesia Ferry (ASDP), Elvi Yosa. She said that it has become an annual tradition, but the number going usually is not as big as the people who want to leave Bali. “But, this year, the data says that the number of the cars going to Bali has increased,” she said.