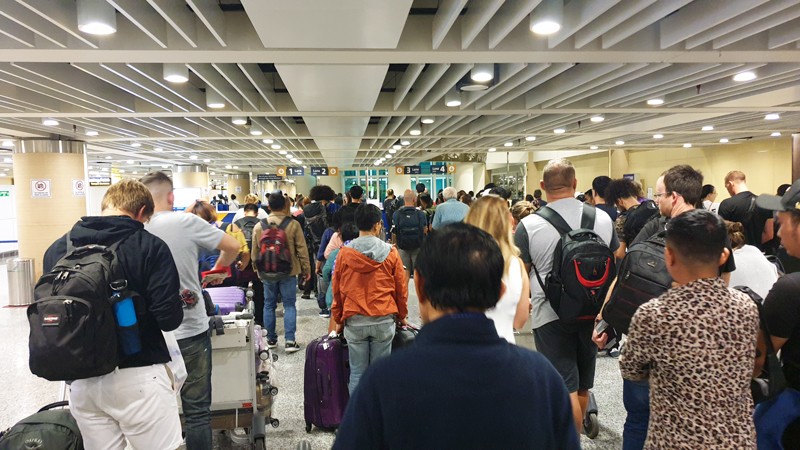 According to data from the Denpasar Regional Tourism Office (Disparda), about 80 percent of hotels in Denpasar have been booked by tourists during the Idul Fitri 2022 Lebaran holiday in early May. Head of Denpasar City Tourism Office, Dezire Mulyani, told NusaBali on Tuesday that Denpasar tourism was booming again with mainly domestic tourists after the government eased travel requirements to Bali.

“In general, hotel occupancy in Denpasar has already reached 50 percent. Sanur has reached 43-47 percent. Moreover, if we look at the streets in Denpasar City, it has started to get crowded compared to the previous two years. Hopefully this is a sign that the economy is starting to grow, including tourism,” said Dezire.

Meanwhile, Kuta and Seminyak are seeing a massive building spree as tourism comes back with a rush and thousands of foreign tourists, mainly from Australia, continue arriving at Bali Airport.

Google stated this week Bali is the tourist destination with the fastest growth in the world, with interest in Indonesia generally increasing by 94 percent in the past year.

Analysis of Google travel searches reveals that since the lifting of the travel restrictions and quarantine policies in March 2022, interest in visiting Bali has increased by 94 percent from what was achieved in 2019.

In a written statement from Google Indonesia received by Liputan6.com, Bali, then Kuta and Ubud were the destinations that recorded the highest search rates.

Most of the searchers are from Australia, USA, India, UK and Singapore.