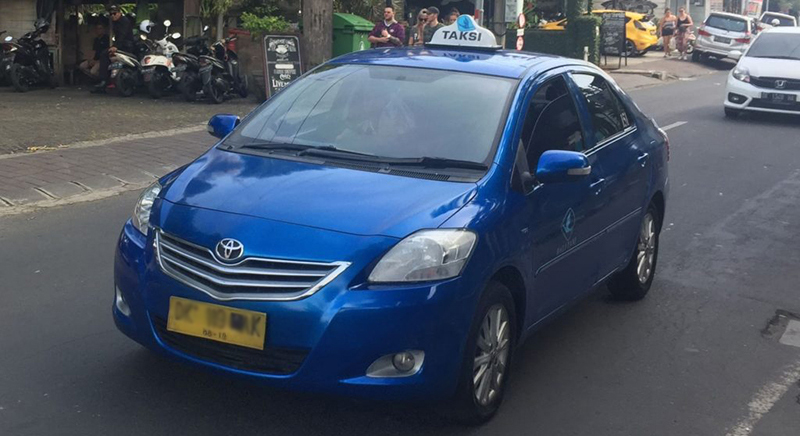 It was reported in the Korean press this morning that an armed taxi driver threatened a Korean tourist on Bali on the weekend.

According to the Korean embassy in Jakarta, the woman got into the taxi in Seminyak at around 2pm, Sunday, and then proceeded to complain to the driver shortly after, seeing the taxi meter go up too quickly.

During the argument that ensued, the driver allegedly threatened to stab the Korean woman.

The embassy later found that the blue taxi did not belong to Blue Bird group, the country’s largest taxi company that has the best reputation, but one from the more dodgy operators that pretend to be Blue Bird.


The woman did not file a complaint with police because she said she had a too busy schedule.

The embassy told the Korean Times that it had informed the local Bali tourism authorities about the incident and advised Koreans to use taxies from reliable companies.