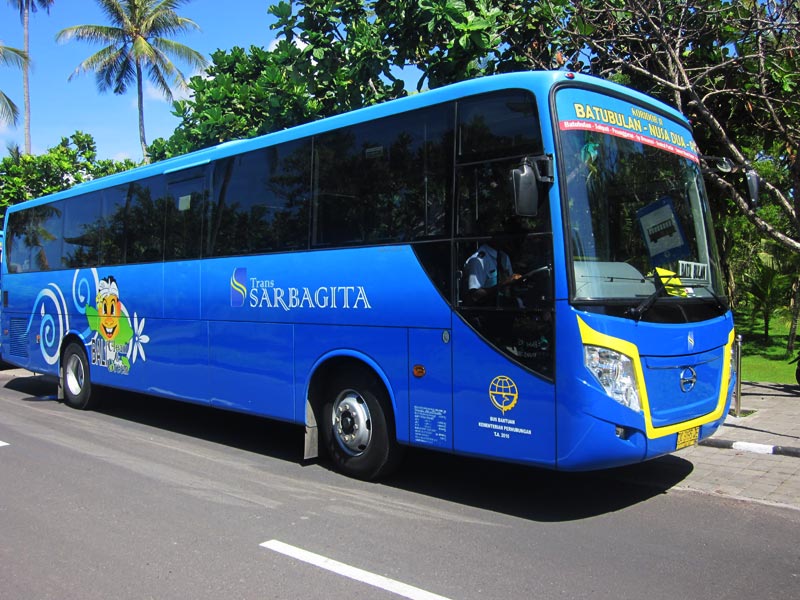 Airport authorities have made a minor breakthrough in increasing service quality to passengers using Ngurah Rai International Airport. A trial of Trans Sarbagita buses operating at the airport started last Friday and will continue for a week.

The Head of Angkasa Pura I Communication and Legal Section, Arie Ahsannurohim, said that they have been working together with Trans Sarbagita to operate the buses and the service has started with two routes during the trial.  The routes are the Airport-Nusa Dua and the Airport-Batubulan, and they have set departure three times a day for each route.

He explained that the Trans Sarbagita buses will stop at the domestic and international terminal drop off zones and they set the trial for a week before the official launch of the program in May. Arie Ahsannurohim said that the ticket price has been set Rp 3,500 for adults and free for kids. “We started the test on Friday and we hope the program works as planned,” he added.

Angkasa Pura I will review and evaluate the progress of the program, and with the information garnered to be used to maximize the service’s efficiency when the program is officially launched.

“We will always try to give the best service to airport users,” he concluded.