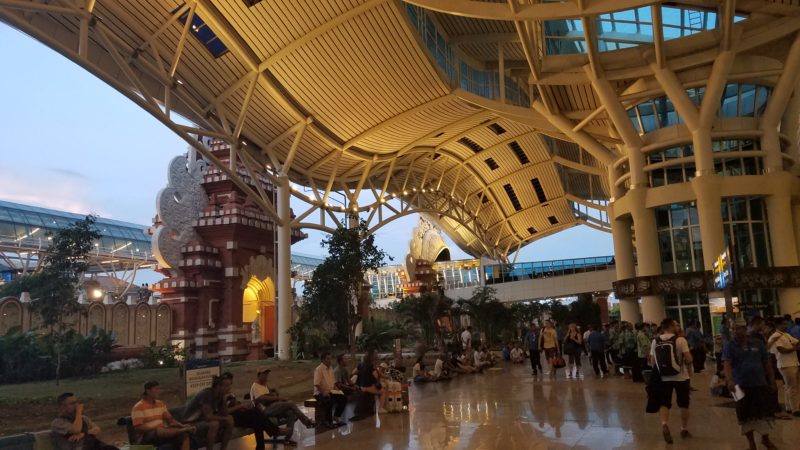 I Gusti Ngurah Rai International Airport authorities have given the green light to 765 extra flights during the Christmas and New Year holidays after they received many flights requests.

“We are going to see a marked increase in passenger arrivals to Bali in the next week,” Yanus said to nusabali.com while inaugurating a passenger monitoring command post on Terminal I of I Gusti Ngurah Rai International Airport on Thursday morning. He also said that the extra flight requests this year increased 60 percent over last year and those 765 extra flights will accommodate 145 thousand passengers, an increase of 65 thousand passengers if compared to last year’s data.


“The increase was quite significant (even though we were in the midst of the eruption downturn. Ed). That’s why we prepared a command post to monitor the passengers,” he added.

During the busy days, Angkasa Pura as I Gusti Ngurah Rai International Airport administrator will coordinate with several parties, including the airlines and the ground handling staff to pay attention to their service time to help ease the plight for passengers.

“We will monitor our runways, aprons, flight navigations, the buses, airport rescue vehicles, fire trucks, and generator sets. We will also coordinate with the police to secure the airport area and control the traffic flow from and to the airport,” he concluded.