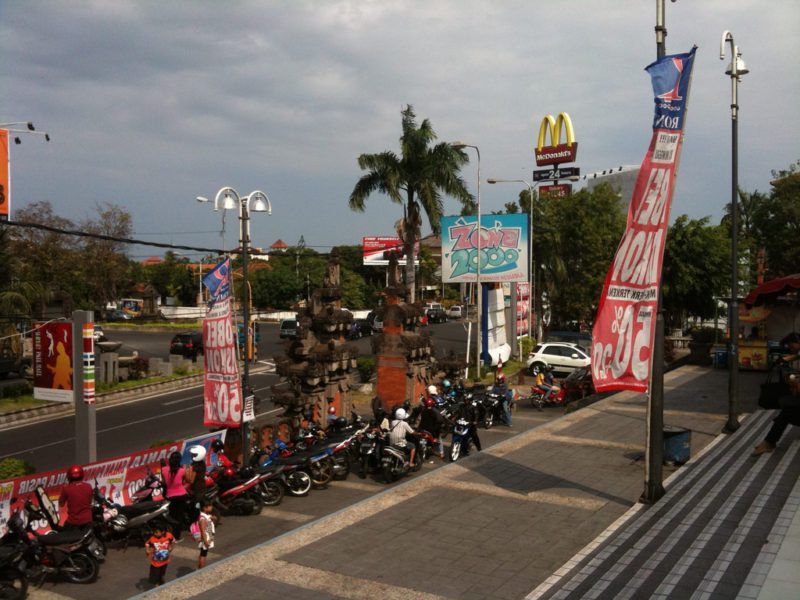 A dead body was found in the toilet of the McDonalds in Robinson Mall, Jalan PB Sudirman, Denpasar yesterday.

The victim was found by McDonalds employees on Thursday at around 1pm when the restaurant was full of visitors.

The marketing at McDonalds Robinson, Asti Rohani told reporters, there were some complaints from customers that the toilet was locked and they couldn’t get in.

Then, after they checked that the complaints were true, staff broke into the toilet.

“There was a complaint from a customer about the locked toilet. When we broke into it, we found a dead body lying there,” Asti Rohani told Tribun Bali.

They then called an ambulance. A few minutes later, an ambulance came and evacuated the dead body.


The dead body was male, approximately 40 years of age, and there was no sign of violence. It was estimated that he had just died and he was not carrying an ID card.

The employees recognized him because he often used the McDonalds toilet.

“No one knows his address. He was often here to just go to the toilet and did not disturb other customers,” Ani said.

According to McDonalds employees, recently the victim looked sick.

“He was mute, couldn’t speak, and as far as we know, he slept anywhere. He looked sick,” she concluded.

There has yet to be a police report made.