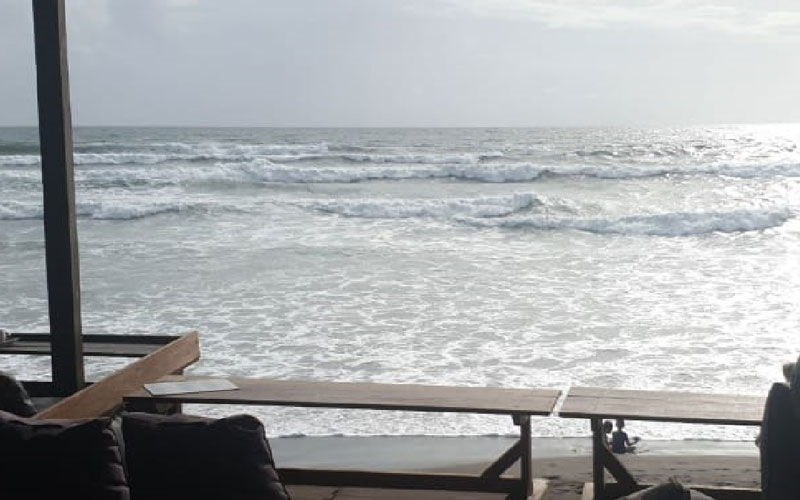 Large seas on Seminyak Beach, claimed the life of a Colombian man, Lucas Barrales, on Sunday (5/1).

From eyewitness reports, the unfortunate incident began when the man decided to swim at Seminyak Beach. Head of Bali Basarnas Search and Relief Office, Hari Adi Purnomo explained. “The victim entered the water to swim near the Anantara hotel at around 10.45am,” said Hadi Adi.

The Basarnas Team first received the report of the missing man at 12.55pm from a beach lifeguard officer. “On receiving the report, we took two jet skis to comb the beach looking for the man,” ​​explained Hadi.

Not finding the man anywhere, the team, consisting of eight personnel, used a rubber boat and conducted a search for the man from 1.45pm.

The search was later expanded to the air. “We also searched for the man from the air with a Bali Police Bell 429 Helicopter, which took off at 4.05pm, but the search still came up with nothing, and until late at night the man was still not to be found,” said Hadi.

At 10.35am this morning the lifeless body of the man was found.

“The victim’s body was found on the water’s edge of the beach about 1 km south from where he initially entered the water,” said Hadi.

The body was then evacuated by officers. “The body was taken to Sanglah Hospital by Badung Lifeguards ambulance,” concluded Hadi.