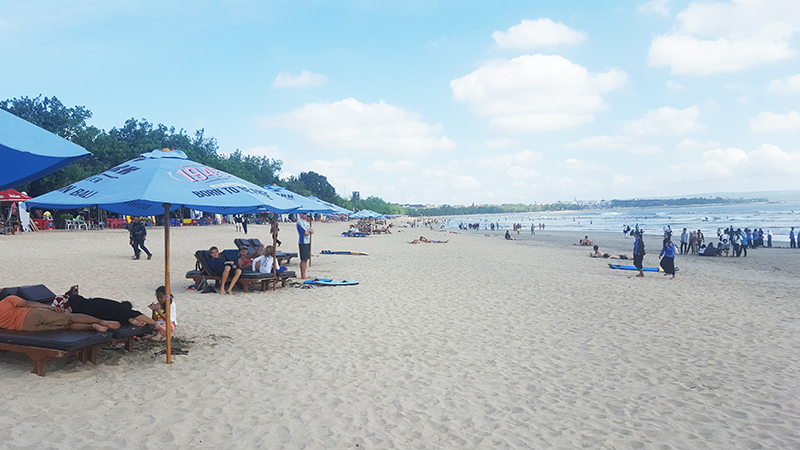 Clean Seminyak chairman, Ketut Mudi said at the end and beginning of every year, Badung always has problems with piles of garbage along the beach. Coastal trash can reach 142 trucks in one and a half months. “Therefore, we are seeking solutions from the leadership of the Badung government concerning coastal cleanliness,” he said accompanied by a number of Clean Seminyak members.

During those months, Ketut Mudi says they have 10 workers to clean up garbage daily paid by the group and that they are overwhelmed with all the garbage. “We are also hindered in equipment such as loaders. We are even confused as to where to rent them,” he said.

The secretary of the Clean Seminyak group, I Gusti A. Sri Irawati added that the Badung Environment and Cleanliness Agency (DLHK) has indeed helped to clean the beach waste. However, it is well documented that they have not yet been able to solve the garbage problem. “DLHK always handles the trash problem from the south first. By the time they get to the north, the officers are overwhelmed by the mess. So the waste in the north is not handled properly. Sometimes we even invite tourists to participate in cleaning up the beach,” he explained.


In addition, the group claimed they also experienced waste problems during the dry season, which until now have not been handled. “Many local residents are dumping household waste into the sea. Some time ago, we had complaints from tourists who itched when bathing. We have also asked for government assistance for that matter,” he said according to bisnisbali.com.

Chairman I Putu Parwata welcomed the visit from Clean Seminyak. Parwata said it is part of the government’s duty to maintain coastal cleanliness in Badung especially being a world tourism area. “This is good and very constructive criticism for us to evaluate. Petitenget is the largest contribution of Badung hotel and restaurant tax. So it must be protected very well. The tourism in this area is a priority,” he said.

Parwata also ordered the Badung Regional Development Planning Board (Bappeda), who were present at the meeting, to prepare the budget for the procurement of at least 10 beach cleaners, a minimum of 5 loaders and at least 10 trucks for garbage transport.

“This will be completed by 2019. The government should be smart in managing what and where money is used as a priority. We have to show the public that we care about the cleanliness of the beach so nobody complains about this waste problem again. We are a tourist area of ​​the world,” he concluded.

There was no word on education of the local community nor fines for littering in the article. Ed.