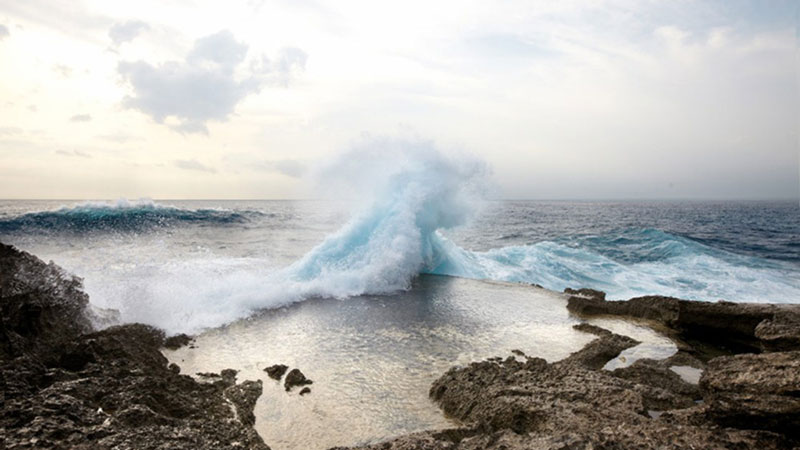 High waves at Devil Tears, Lembongan Island claimed another life on Saturday. Chinese tourist, Li Huiling, 35, drowned when a large wave swept her out to sea on Saturday morning. According to witnesses, she was taking a selfie on the cliff at the time.

Local residents managed to get her back to shore, but unfortunately the woman was pronounced dead on arrival at Jungutbatu Community Clinic.

Witnesses said that the incident began when the victim went with her husband and another 20 Chinese tourists and a local guide to the location. They crossed from Serangan at around 9.40am and arrived at Jungutbatu Beach 30 minutes later. They were then taken to Devil Tears on the west side of Lembongan.

When the group of tourists arrived to the location, the woman went to a cliff and began taking selfies there. Suddenly, a big wave pounded in, coming from the left and right directions and swept her away. The victim fell 15 meters from the cliff to the ocean below. Several local residents saw the incident and tried to help her. The woman was brought back to the beach not long after, then was taken to the Jungutbatu Community Clinic.


“After checked, it was found that the woman had already died before arriving to the clinic. At the moment the body is still at Jungutbatu Community Clinic,” said the Head of Public Relations at Klungkung Polres, AKP Putu Gede Ardana to nusabali.com. The police questioned several witnesses, who all said that the guide had warned everyone in the group to not go near the cliff, but the victim ignored the warning and tried to take photos at the cliff edge.

Meanwhile, the Head of Klungkung Tourism Board, I Nengah Sukasta, said that the government has planned to build a safety fence in the area with a budget of Rp 60 million, and ASITA (the national tourism authority) said that would support the construction of the fence.

“But, there is no other news from ASITA about the construction of the fence,” he said to tribunnews.com. However, after further discussions with local businessmen on the island, they felt that the budget was too low and they could only construct 50 meters of fence with that amount of funds.

The plan has been put on hold for 2019, and they plan to construct the whole 350 meters of fence when the appropriate funds are allocated. Klungkung Tourism Board has also advised all guides to warn their guests about the dangers in the area.