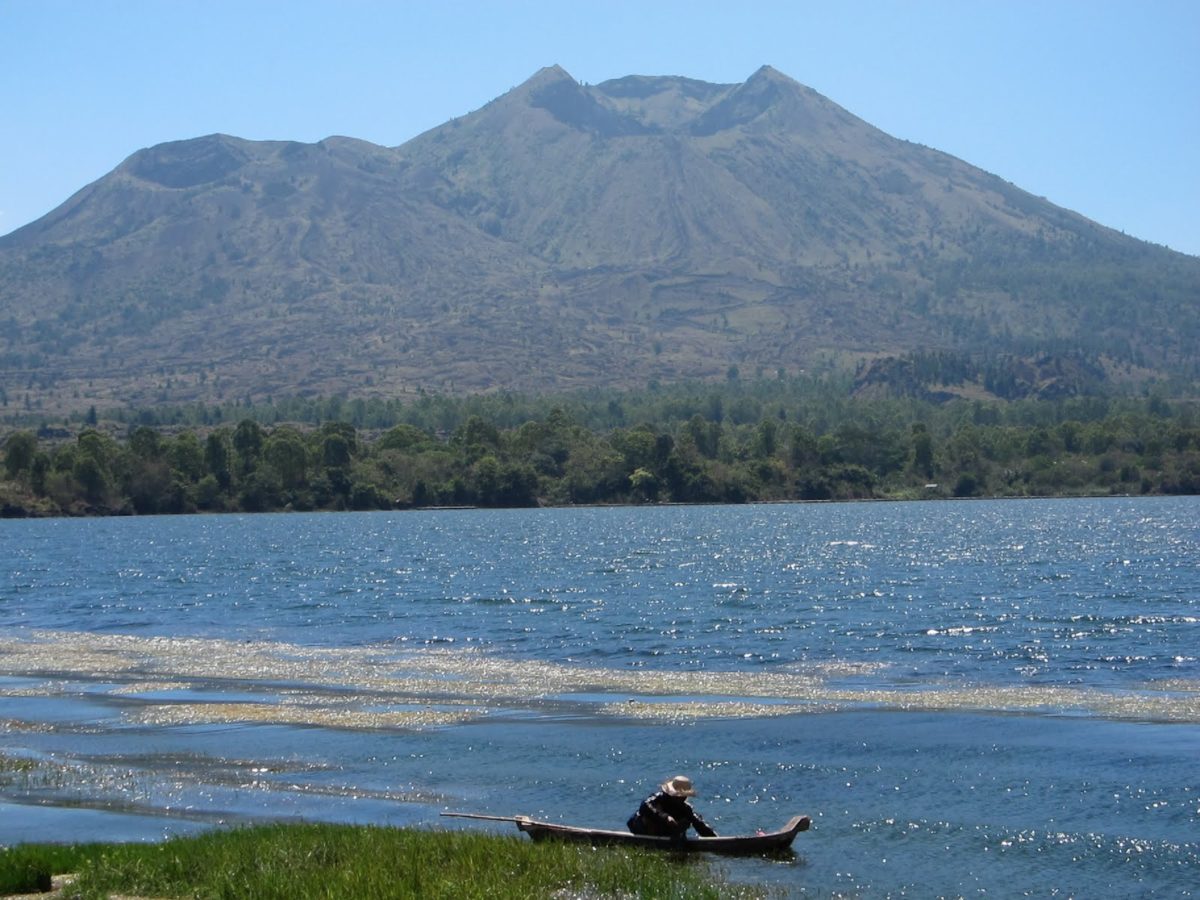 A tragic accident occurred at Trunyan Village, Kintamani, Bangli, on Monday (17/07) at around 4 pm. The driver of a car carrying six passengers (who were local tourists from Tangerang, Banten) lost control of the car on a steep section of the road and it plunged off of  a 50-meter cliff before crashing into to the lake. Four people survived with serious injuries, Mistahul Jana, Kenzi (Jana’s 2-year-old daughter), Septia Dwi Cahaya (10), and Adinda Nasua Karisma (13), while three others were confirmed dead, Rita Ningsih (50), Marpua (65, Jana’s mother), and the driver Mardona (30).

The joint team effort to evacuate the car from Lake Batur has finally paid off, after several days. Yesterday, members of Bali’s Search & Rescue, Bangli Disaster Relief and Transportation Agency, Bangli Police, the army, and local residents were able to salvage the car and secure the body of one of the deceased who was trapped inside it – Mukshin Mardona (31) –  the APV’s driver.

Despite the water’s turbidity, the rescue team did their job by following the traditional way of the Trunyan people, which was to utilize two bamboo poles and four boats. It didn’t go smoothly at first: the ropes that they tied to the car snapped several times, forcing the team of 11 divers to retie them. “The rope broke off at a depth of 17 meters,” said I Gede Darmada, the search & rescue team chief, as quoted by Bali Post. “We felt quite desperate at the time, not just because it was dark down there, but also because there was burst of sulfur at the bottom of the lake that definitely disrupts our rescue effort.”

Working alongside locals, at around 5.50 pm, the car was finally brought to shore. The car itself was lying sideways at the bottom of the lake, and covered in mud. The body of the driver was stuck in the backseat.

According to Radar Bali, the police have begun to investigate the cause of the crash. “Our temporary assessment was that the car slides backward and fell to the cliff and the lake,” said Anak Agung Sudana, the Director of Bali Traffic Police.” Based on the testimony of one survivor, the engine of the car died as they were ascending a very steep road. The driver allegedly panicked and he completely forgot to pull the handbrake.

Meanwhile, residents of Trunyan Village will conduct a purification ceremony called Macaru. “We are still discussing when will be the best day to do the ceremony,” said the village chief, Jero Puji Nyarikan Nada, as reported by Nusa Bali. The ceremony will reportedly cost around IDR20 million, an amount that they will gather from the locals.