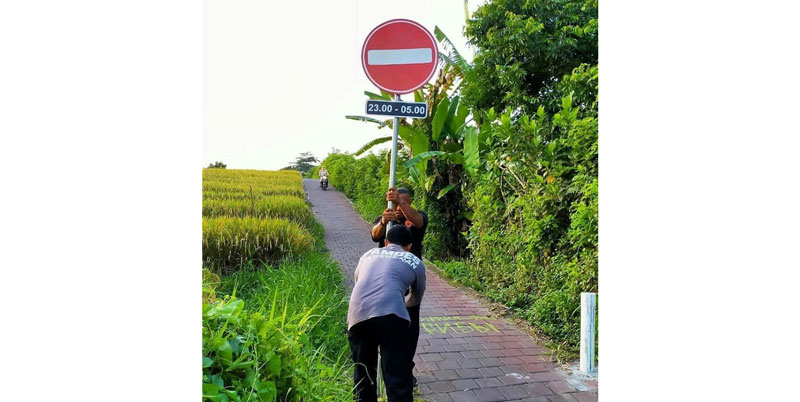 The Head of Pererenan Village, Made Rai Yasa, said yesterday that there have been too many crimes reported in recent times on the shortcut road that connects Canggu and Pererenan and starting from Thursday night, yesterday, the banjar is limiting its operating times. From now vehicles are forbidden to pass along the road from 11pm to 5am.

In future, if there are any vehicles in Pererenan during those hours wanting to go to Canggu, they will have to pass through the main road.

“It has been well known that there have been many snatchings, robberies, and other criminal acts occurring along that stretch of road that we decided had to stop. Therefore, in order to maintain security and to make it easier to control, we have limited the open hours (of the shortcut),” said Made Rai Yasa to tribunnews.com.

Made told the press that he expected local residents and tourists to obey these signs to maintain the security and safety of the Pererenan area.